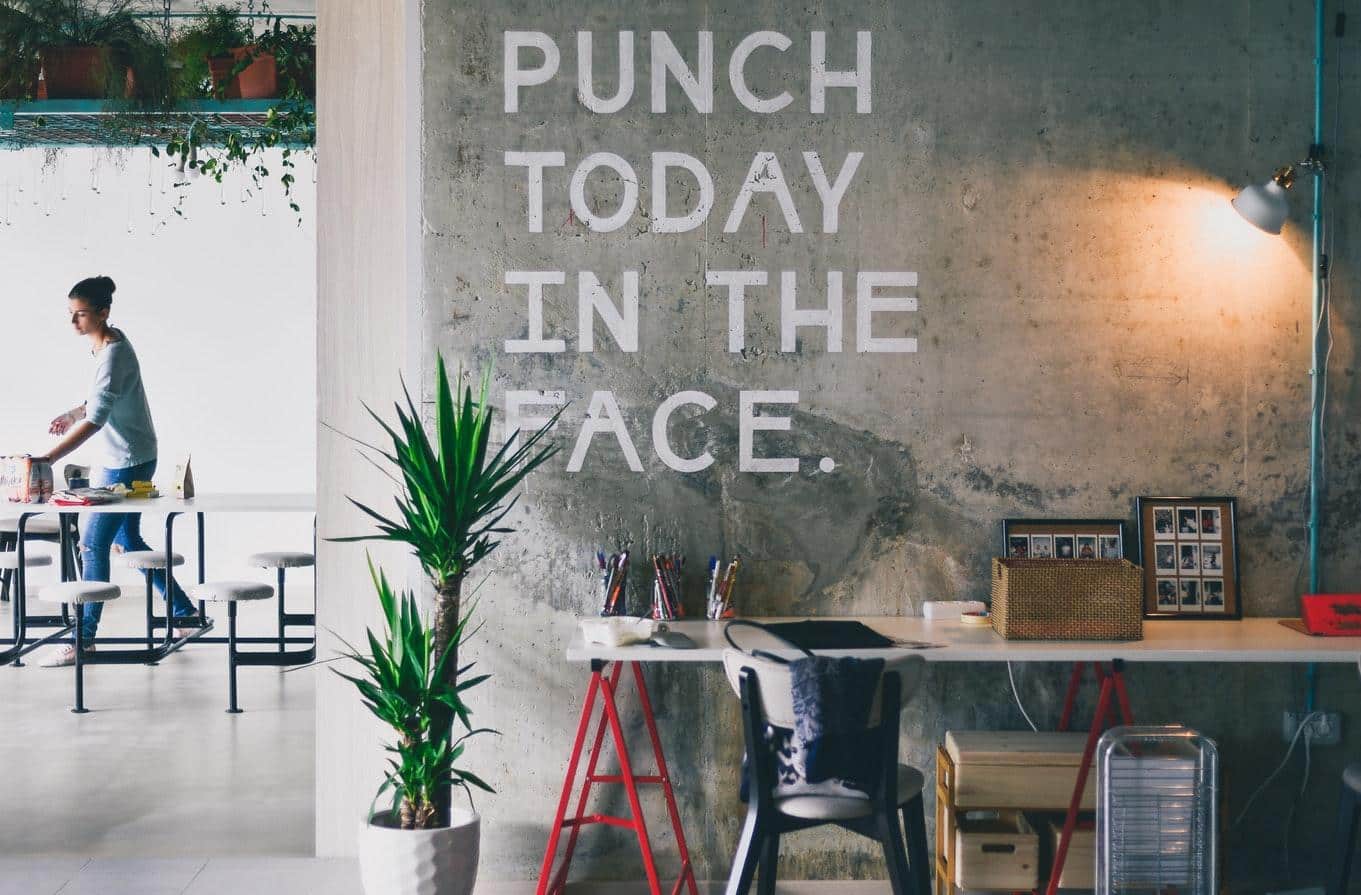 For most of us, great real estate quotes are like self help books. If you keep reading the same ones over and over they tend to get boring. That’s why we decided to dig a little deeper for this article and find 57 more insightful, funny, and motivational real estate quotes that you haven’t heard a million times before.

Here is our list of 57 real estate quotes that we think need to be used more often:

2. “There are fashions in building. Behind the fashions lie economic and technological reasons, and these fashions exclude all but a few genuinely different possibilities in city dwelling construction at any one time.”

3. “Paradise is a state of being, more than just the name of a suburb or a home.”

4. “A real estate agent has two property listings. Now add 11 more. What does the agent have now? Happiness. That agent has happiness.”

8. “If you don’t adopt disruptive technology, you will be disrupted.”

10. “Sometimes your best investments are the ones you don’t make.”

13. “Landlords grow rich in their sleep.”

15. “Owning a home is a keystone of wealth, both financial affluence and emotional security”

17. “Buildings don’t move, but neighborhoods change all the time.”

18. “I had probably seven agents by the time I became a legitimate real estate broker.”

19. “To my real estate agent, Chernobyl is a fixer-upper.”

20. “If you want to get rich in real estate sell things to Realtors.”

Pro Tip: It’s time to thrive! Join our weekly small virtual coaching calls with top real estate coaches to get success strategies that will take your business to the next level Learn more here.

23. “If you circle above Central Park at night in a helicopter, you’re looking down at the most expensive real estate in the world. It’s the American Monopoly board.”

24. “Perhaps the secret to making a billion dollars in real estate is that there is no secret.”

25. “The only person you are destined to become is the person you decide to be.”

28. “A complainer is like a Death Eater because there’s a suction of negative energy. You can catch a great attitude from great people.”

29. “Success is walking from failure to failure with no loss of enthusiasm.” ― Winston Churchill

32. “The best time to plant a tree is twenty years ago. The second best time is now.”

33. “It’s OK to have your eggs in one basket as long as you control what happens to that basket.”

35. “I have a theory and I really believe it. I think your worst weakness can become your greatest single strength.”

36. “If you want to be happy, set a goal that commands your thoughts, liberates your energy, and inspires your hopes.”

38. “Setting goals is the first step in turning the invisible into the visible.”

39. “It is not the mountain we conquer, but ourselves.”
― Edmund Hillary

40. “The only place success comes before work is in the dictionary.”

41. “There is only one way to avoid criticism: Do nothing, say nothing, and be nothing.”

42. “How wonderful it is that nobody need wait a single moment before starting to
improve the world.”
― Anne Frank


43. “Don’t get mad at yourself for being someone you’re not. Just know who you are, then find the ways to let that person be as successful as possible.”

44. “Like bathing, motivation doesn’t last, that’s why we recommend it daily…”

45. “You must never try to make all the money that’s in a deal. Let the other fellow make some money too, because if you have a reputation for always making all the money, you won’t have many deals.” ― J. Paul Getty

46. “Never forget the power of silence, that massively disconcerting pause which goes on and on and may last induce an opponent to babble and backtrack nervously.” ― Lance Morrow

47. “Diplomacy is the art of letting someone else have your way.” ― Sir David Frost

48. “Allow other people to speak first; the important factor is not who talks… it’s who listens.” ― Ilana Eberson


52. “If you can’t say good and encouraging things, say nothing. Nothing is often a good thing to do, and always a clever thing to say.”

53. “In business, you’re the Chief Salesman. Create a sense of demand, rather than waiting to have demand.”

54. “On the average, five times as many people read the headline as read the body copy. When you have written your headline, you have spent eighty cents out of your dollar.”
― David Ogilvy

55. “I do not regard advertising as entertainment or an art form, but as a medium of information. When I write an advertisement, I don’t want you to tell me that you find it ‘creative.’ I want you to find it so interesting that you buy the product.”
― David Ogilvy, Ogilvy on Advertising

56. “The headlines which work best are those which promise the reader a benefit.”
― David Ogilvy, Ogilvy on Advertising

57. “Some copywriters write tricky headlines―double meanings, puns, and other obscurities. This is counterproductive. In the average newspaper your headline has to compete with 350 others. Readers travel fast through this jungle. Your headline should telegraph what you want to say.”

Have a great real estate quote that you think needs to be on your list? Let us know in the comments. 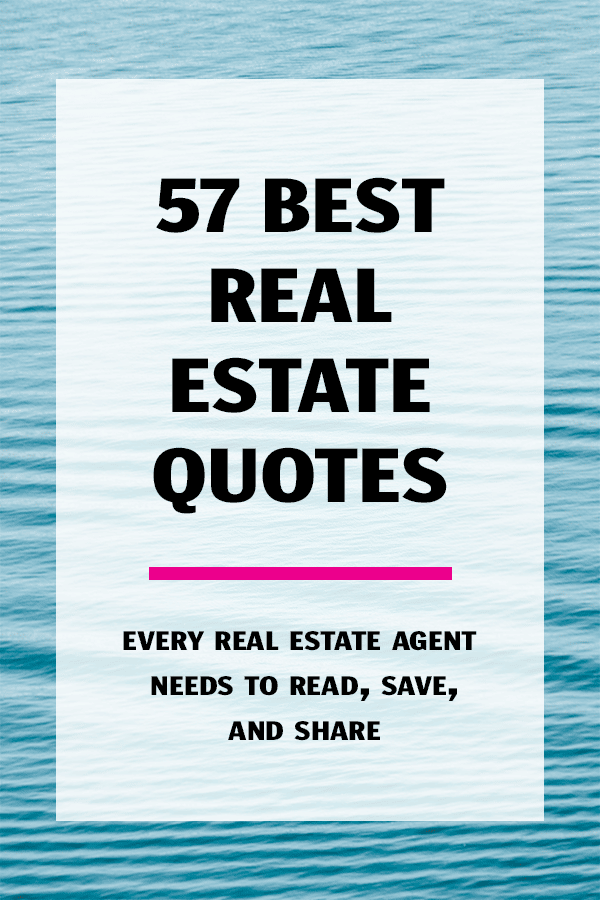 This email address is invalid.
×
Want More Leads? Download Our Free Ebook
Jam packed with 61 proven real state lead generation ideas for this year, this eBook comes from coaches and top producing agents from around the country. 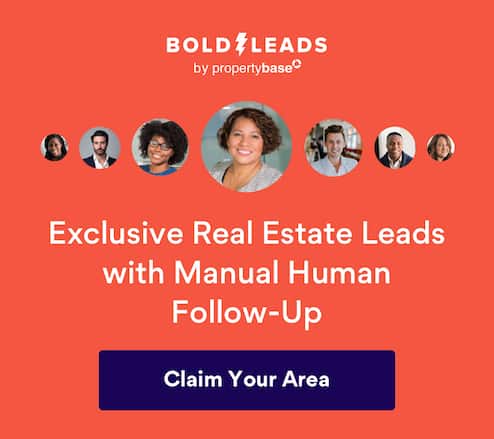