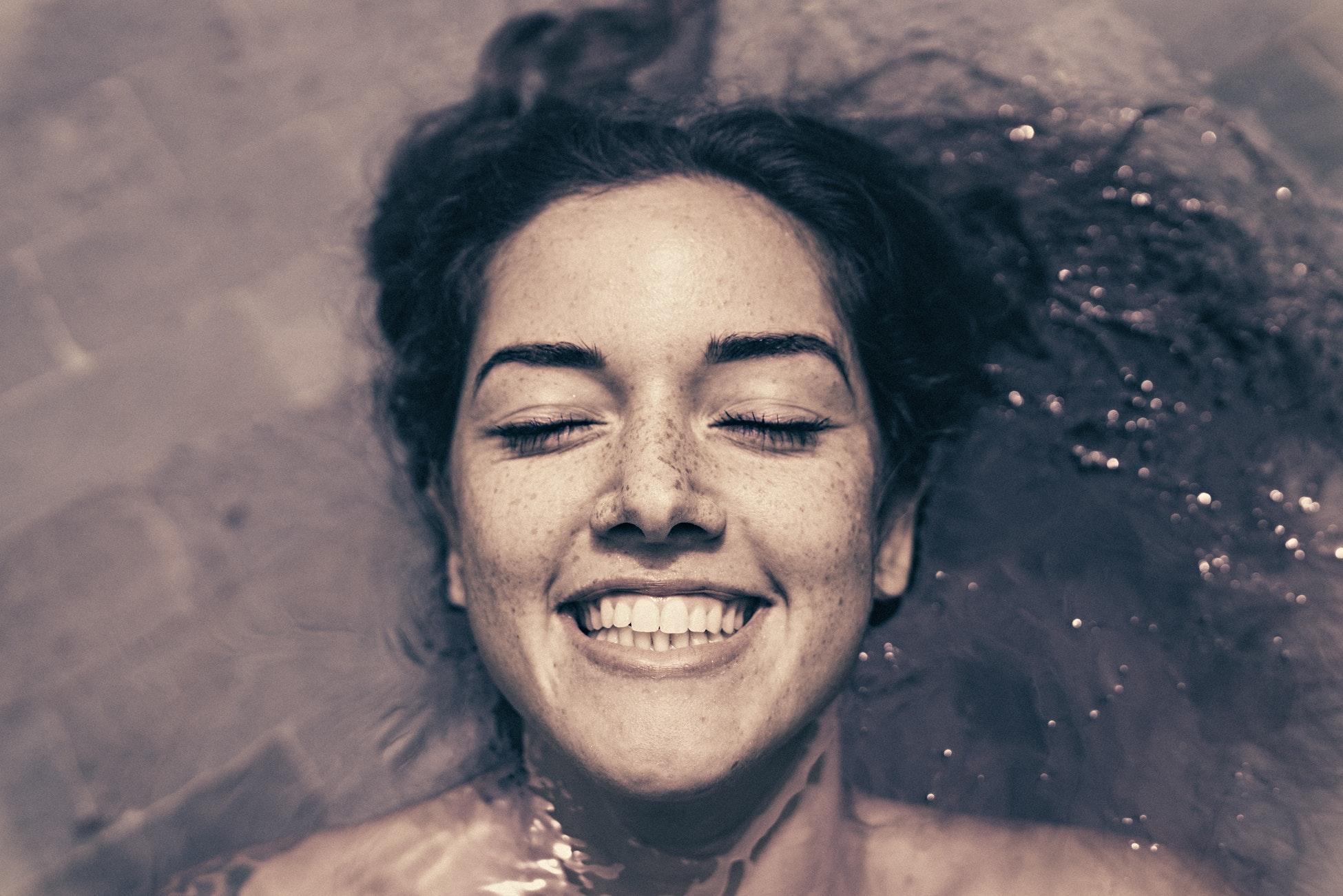 There’s nothing that makes a real estate agent happier than a buzzing phone.

In fact, most agents I know have a nasty habit of pulling out their phones and continuously refreshing their email, just in case.

They could be on a date, out to dinner with friends, or even having a serious conversation with a loved one, but once the phone comes out, their eyes start to glaze over like a shark zeroing in on a baby seal with a wounded fin…

Sound familiar? Do you ever catch yourself endlessly hitting refresh on your phone or just kind of staring at emails while you should be sleeping, eating, or you know, talking to other human beings who don’t work in real estate?

That Which Doesn’t Kill You… Will Lower Your GCI

In a lot of ways, stress is like alcohol. A glass of wine with dinner can help reduce your chances of a heart attack, but guzzling a plastic bottle of Smirnoff in an alley twice a day is going to kill you. Slowly, sure, but make no mistake—it will kill you. Even worse, you’re probably going to die broke.

In most brokerages, going without sleep, overbooking showings, and working ungodly long hours is something like a badge of honor. I can’t even count the number of agents I’ve worked with who actually bragged about how overworked and stressed out they were.

Do those symptoms sound like something you should brag about? Do they sound like they’re going to help you close more deals?

What Top Producing Agents (& CEOs) Know That You Don’t

Yes, the agents who seemed eternally frazzled generally did pretty well. Because of course they did—at the end of the day, real estate is a numbers game. That said, the truly successful agents in almost every brokerage I’ve worked for almost never seemed stressed, and were more likely to be having midday mimosas than bragging about skipping lunch.

So what’s the deal with that agent we all know who manages to close 3x what everyone else does with a smile on their face? Well, some people seem to have a natural confidence that’s pretty much unshakable. You know, like that girl in high school who walked right up to the cutest boy in school and asked him to the prom? Or your uncle who seems to be able to make friends with literally anyone?

Well yeah. Those people exist. They can manage stress naturally and easily and never seem to get upset. For the rest of us, we need to work at it.

If you have twenty minutes free every morning, we’re going to teach you a secret that will help you crush stress, relax better, and close more.

The Relaxation Response: Slowing Down to Go Faster

By analyzing brainwaves, he discovered that both groups were able to train their brains to produce alpha brain waves, which are associated with deep relaxation and focus. Amazingly, alpha brain waves were also associated with increased creativity and reduced depression, among other benefits. Further studies have concluded that this alpha state is what pro athletes and performers call “being in the zone.”

In other words, the world’s most talented athletes and performers actually slow down in order to access a powerful state of mind that makes them react faster, make better split-second decisions, and perform at levels that seem almost superhuman.

Luckily, learning how to actually access this state for yourself isn’t that hard. In fact, you can learn it in less than a minute. Even better, today we’ll cover four different ways you can learn to access your zone.

Loosely based on the transcendental meditation technique he studied for his book “The Relaxation Response,” this technique is a simplified and secularized version of mediation that is simple and effective.

1. Sit quietly in a comfortable position.

3. Deeply relax all your muscles, beginning at your feet and progressing up to your face.

4. Breathe through your nose. Become aware of your breathing.

You may open your eyes to check the time, but do not use an alarm. When you finish, sit quietly for several minutes, at first with your eyes closed and later with your eyes opened.

Do not stand up for a few minutes.

6. Do not worry about whether you are successful in achieving a deep level of relaxation.

Maintain a passive attitude and permit relaxation to occur at its own pace. When distracting thoughts occur, try to ignore them by not dwelling upon them and return to repeating “one.”

With practice, the response should come with little effort.

Practice the technique once or twice daily, but not within two hours after any meal, since the digestive processes seem to interfere with the elicitation of the Relaxation Response.

* It is better to use a soothing, mellifluous sound, preferably with no meaning or association, to avoid stimulation of unnecessary thoughts—a mantra.

In case you were wondering, yes, there is indeed an app for that. Headspace, the most popular app for guided meditation, recently raised a not-so-zen $88 billion and has a valuation north of a billion dollars. This is the route that many agents are taking to take advantage of the benefits of meditation.

F. Ron Smith, current Compass Team Leader and co-founder of one of Los Angeles’ fastest growing brokerages, Partners Trust, uses Headspace to get in the zone for important calls:

“Five minutes before a call that requires my ‘A Game,’ I use my Headspace App and listen to a three-minute unwind meditation that gets me centered and focused. It helps when I take time to focus on those important meetings, I tend to close more deals. Me, along with David Berg and our Smith & Berg Partners team, did more than $200MM in sales in the past 12 months!” 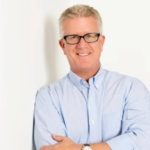 Originally created in the 1960s by the Beatles’ famous guru, Maharishi Mahesh Yogi, transcendental meditation is probably the most well known, and the best studied, form of meditation there is.

Everyone from Jerry Seinfeld, to Howard Stern, to hedge fund guru Ray Dallio and LinkedIn CEO Jeff Weiner all swear by transcendental meditation. So if you’re thinking TM is something that’s only for hippies, think again.

The only drawback of transcendental meditation is that it’s not free, and we can’t teach it to you here. You’ll have to work with a certified transcendental meditation teacher in order to learn the technique. In some locations, fees are based on a sliding scale based on location and income, so you’ll pay a bit more, around $1,000, if you’re already a top producer making more than $200,00 per year.

If you want to give it a shot, you can find certified transcendental meditation instructors on their website: https://www.tm.org/

If you’d actually like a little hippie-dippie mysticism in your daily meditation, then you might want to try Vipassana meditation. Based on a 5,000-year-old Buddhist meditation technique, Vipassana is what monks from Bangkok to Tibet practice in order to reach true mindfulness.

Don’t worry, though, you won’t be praying to gods or staring at candles when you learn Vipassana. At its core, it’s very similar to both the relaxation response and transcendental meditation.

That said, like transcendental meditation, there is a bit more to learning the practice than we can cover here. You can learn the basics in an hour or so, but we highly recommend taking the full (and free) six-week Vipassana course offered by the Insight Meditation Center. While you’re there, make sure to donate to the center. After all, they’re offering a course that could change your life for free.

Once you’ve mastered the art of reliably getting yourself into the zone, you can’t just sit back and wait for your phone to ring. Instead, experts suggest that you work on honing your skillset in order to be a calm, collected, and well-informed, and practiced agent. That is a deadly combination in any industry but will put you head and shoulders above the competition in real estate.

“Many real estate professionals are, at heart, problem-solvers, and so they naturally cope by sharpening their ability. Some take real estate finance classes or hire coaches to sharpen negotiation skills. Digital time management systems can carve out time for building referral bases and other activities that will build future revenue while balancing urgent matters” 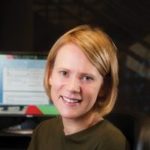 If you want to learn more, check out the rest of her paper on dealing with real estate stress here.

We’re glad you asked. There is a catch with meditation and it’s a killer. Ready? Here it is: If you don’t practice every day, you won’t get the full benefits of meditation. In fact, it might not help you at all.

That means you need to carve out twenty minutes every day, for the rest of your life, if you truly want to take advantage of all the amazing benefits that meditation can offer. Think of it like practicing your cold calling scripts, except instead of working on what to say, you’ll be working on building the confidence and clarity to not only say it, but actually mean it.

What Do You Think?

Are you a real estate agent who swears by meditation to get in the zone? Think this is all hippie nonsense? Let us know in the comments. We’ve compiled a list of stats you can share with your homebuyer clients that will give them a more balanced view of the market.

How to Do a Comparative Market Analysis: A Step-by-Step Guide

A comparative market analysis (CMA) is a process real estate professionals use to determine the market value of a property.

Helping service members find and sell their homes is a challenging, lucrative, and personally rewarding niche.