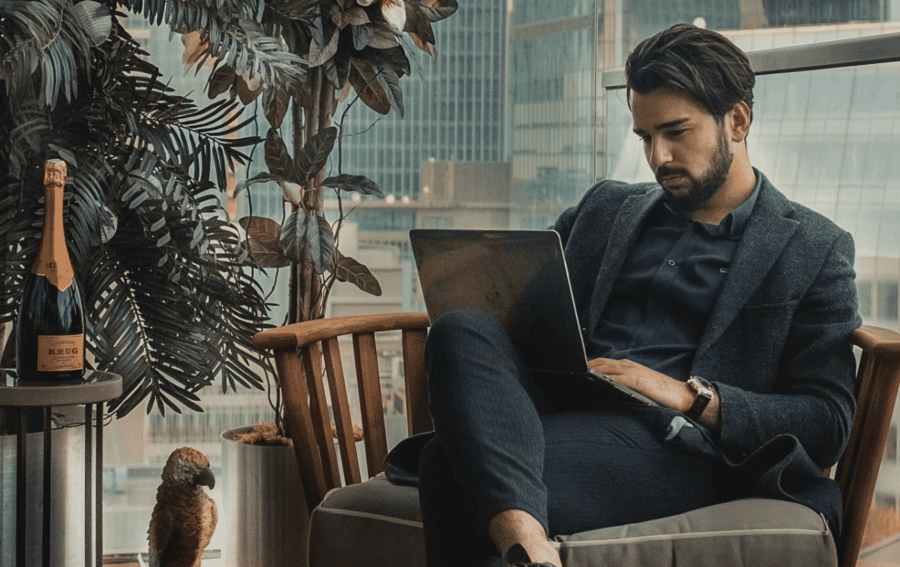 Sean Moudry has been featured in REALTOR Magazine 30 Under 30. As the CEO of a real estate market center, Sean recruited over 115 agents in a single year. See full bio

I purchased my first property at 21 and have since invested in more than 100 properties throughout the U.S. Over the years, I’ve learned that real estate investing is not a game of chance. Investors create their success by choosing to invest in places where market stimulants signal opportunities for growth.

In this article, I’ll teach you to identify six key market stimulants that investors look for when pinpointing the best places to invest. You’ll learn how to choose the right location for your next real estate investment — and provide solid advice to your clients.

Market stimulants are changes that can cause real estate market growth when added or expanded in a given area. Here are the six market stimulants that savvy investors look for deciding where to invest.

Let’s take a closer look at each of these stimulants and how they affect real estate markets—making them prime locations for an investment opportunity.

1. An Increase in High-paying Jobs 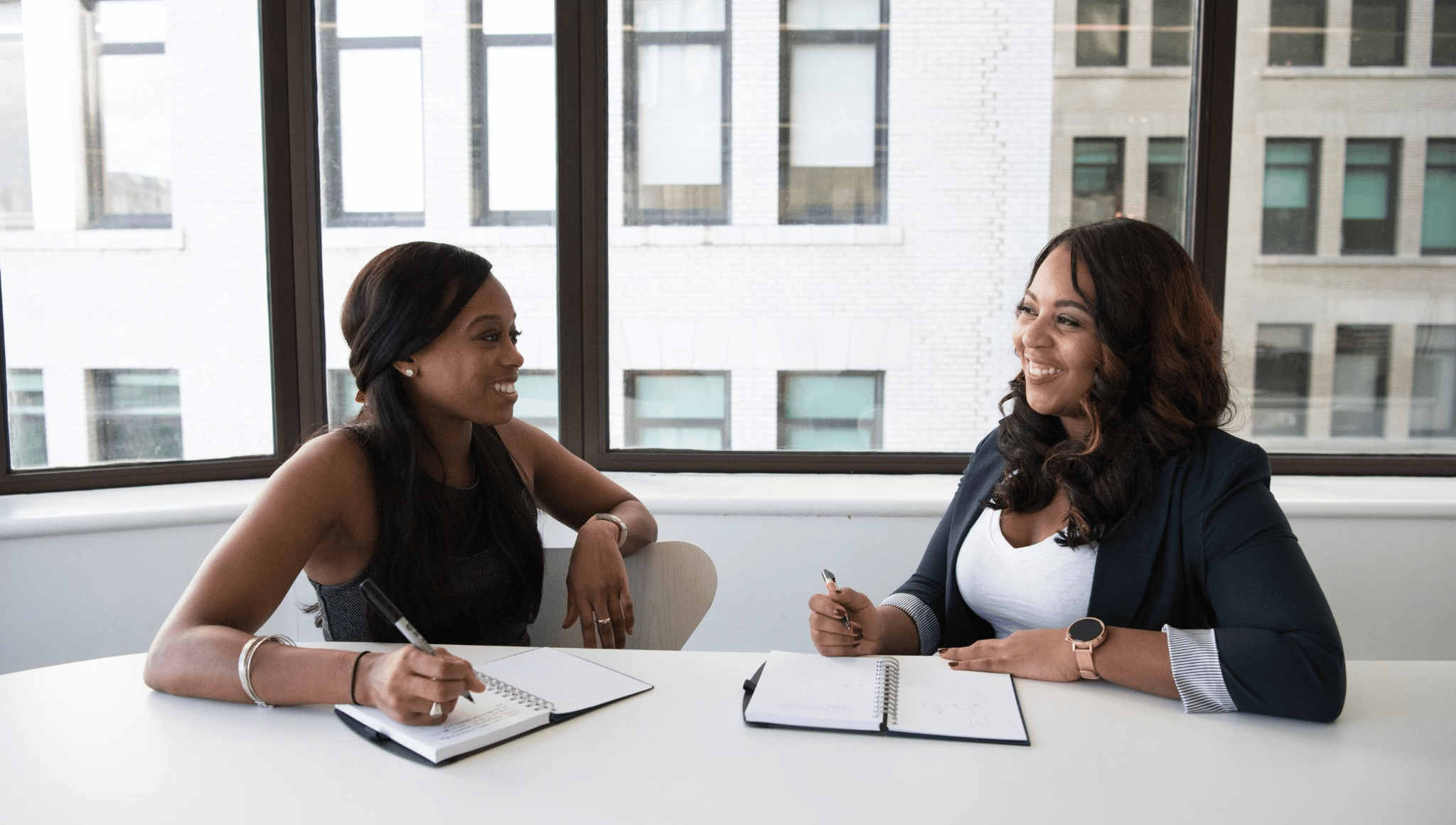 Employment is the most potent market stimulant that investors use to identify prime investment locations. High-paying jobs attract both hard-working and highly educated people from all around the country and the world. Investment opportunities aren’t limited to large cities with tech jobs, like New York and San Francisco. Increases like these also occur in cities and towns with high-paying blue-collar jobs.

A large company relocating their headquarters, new government contracts, or other business development can all be potent market stimulants that contribute to an increase in high-paying jobs in a city or town near you.

Buffalo, New York, is seeing strong property appreciation thanks to an increase in high-paying blue-collar jobs that are attracting job seekers to this northern city. Even though wages in Buffalo are relatively low compared to New York City, for example, the city’s lower cost of housing gives residents more buying power. You can still buy a home in Buffalo for less than $100,000.

As more job seekers move to places with high-paying jobs, you begin to see rents go up. And when rents increase, many residents choose to purchase a home rather than renting. As homeownership increases, fewer and fewer homes become available to purchase, and the market begins to see increased housing prices as demand outstrips supply.

When online retailer Etsy moved their headquarters to the small upstate New York town of Hudson in 2011, they brought high-paying jobs. At Etsy’s Hudson office, annual salaries range from $43,000 to $93,000—higher than the average salary had been.

Even though Etsy only employed a few dozen highly paid workers at their new office, the move encouraged other startups and entrepreneurs to move to the small town of only 7,000 people. As a result, average Hudson home values shot up from $145,000 in 2011 to $250,000 in 2021.

How COVID Has Changed Work

Before the pandemic, it was a safe bet to invest in affordable properties within five miles (about a 20-minute commute time) of major employment centers. Now, up to 45% of employers say they will allow their employees to work from home most–if not all of the time–requiring their employees to come to the office only a few times a week.

This change is already having a significant impact on traditional commuting patterns and non-urban housing prices. Many remote workers who no longer need to commute to the office daily are moving to often more affordable areas with commute times of 45 minutes or more.

This change in how we work creates opportunities for investors looking to purchase properties farther away from major employment centers and invest in outlying suburban and rural areas. Ultimately, investors will now have more options when it comes to real estate investment.

In the 1980s, Denver, Colorado, didn’t top the list of cities attracting high-paying jobs. One of the main factors holding Denver back was the small, outdated Stapleton Airport located in the city center. Surrounded by homes, it had no room for expansion.

In 1995, this problem was addressed with the construction of a new and much larger international airport. Denver International Airport (DIA) was built in an undeveloped area 20 minutes northeast of the city center. While the move was unpopular, city planners understood that they needed to upgrade the airport if Denver was going to compete for high-paying jobs.

The move allowed for more and larger runways, and therefore, larger planes. DIA currently has the longest commercial runway in the world. More importantly, the airport’s surrounding areas were not yet developed, allowing companies to build new facilities and offices nearby.

Since the move in the mid-90s, there has been an explosion of both job growth and housing around Denver International, creating massive opportunities for real estate investors of all types.

Of course, your market doesn’t need a transportation stimulant as large and expensive as a new airport to indicate it’s a good investment opportunity. Look for remote areas with new highways that give commuters easier access to employment centers. New mass transit routes have also been known to increase property values by as much as 40% in less than two years.

Soon, rezoning and redevelopment will be a gold mine for real estate investors. Today, many cities are stuck with both a housing shortage and an aging housing stock that is inefficient and obsolete.

Gone are the days of the small, two-bedroom house on a 7,000-square-foot lot. With more people working from home today, renters and homeowners are demanding modern homes and apartments that are more functional and efficient.

Historically, both a “not in my backyard” stance (often referred to as NIMBY or NIMBYism) and city zoning have prevented developers from removing smaller homes in favor of affordable, high-occupancy housing such as high-rise apartment buildings.

Rezoning opens the door for redevelopment. Like many areas throughout the U.S., popular places like SOHO in New York City are facing housing shortages. In the 1990s, the City of New York began the slow process of rezoning commercial properties in SOHO. As the area became more residential, housing prices shot up. Over time, price increases in SOHO began to ripple outward to surrounding neighborhoods.

While most investors aren’t in a position to tear down a factory and build a multi-use high-rise, they can invest in property near an area under redevelopment. Redevelopment to new, high-density housing increases home values in nearby areas because redevelopment often attracts younger, higher-earning workers with more disposable income.

This new workforce needs business services, including restaurants, dry cleaners, and grocery stores. The demand for these services creates job opportunities surrounding the redevelopment. These service jobs attract even more residents, causing an increase in rents and property values.

Population growth and rising property values that result from rezoning and redevelopment make it one of the most impactful market stimulants an investor can use to steer their investment decisions. 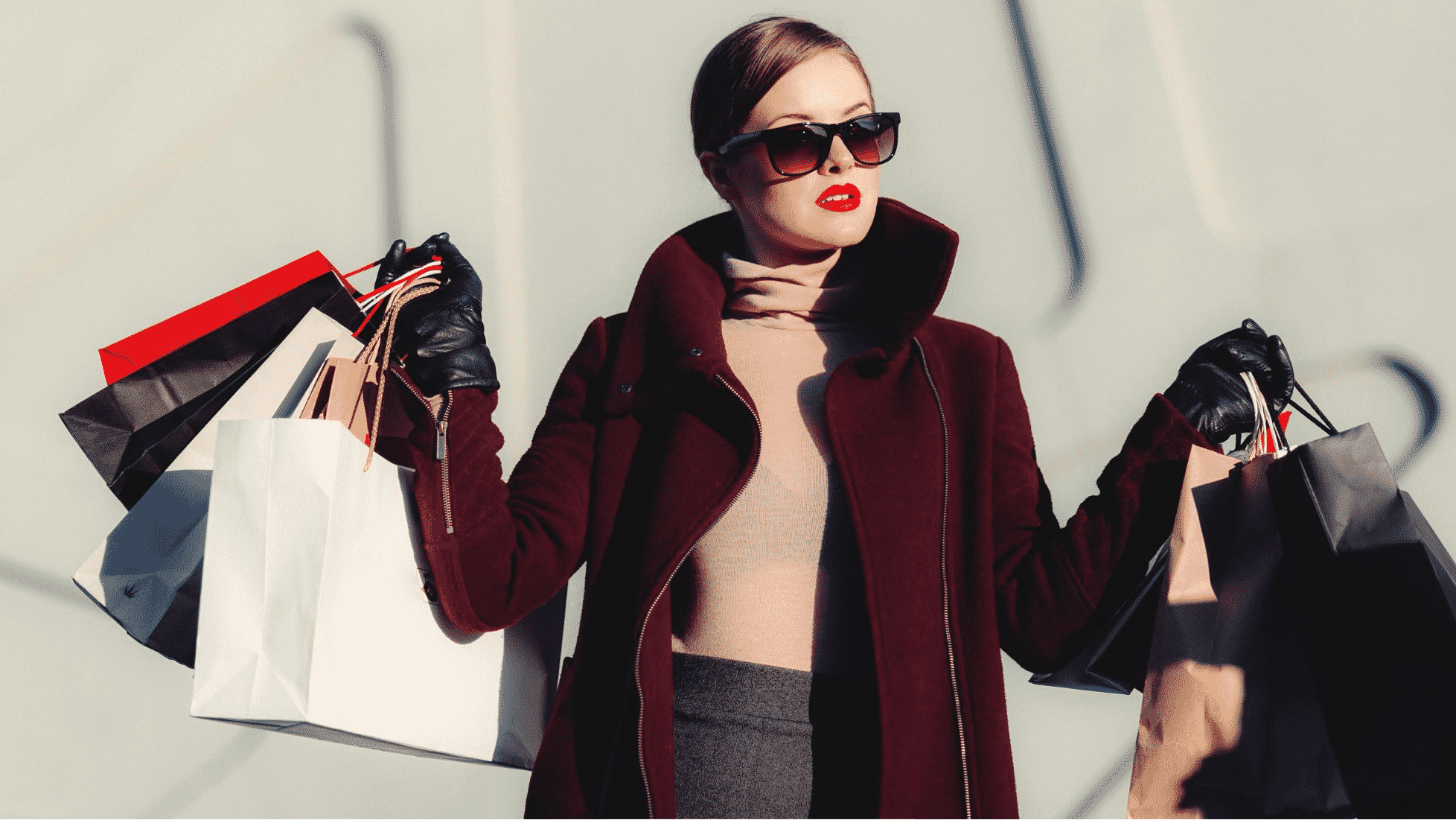 In 2014, Duke University studied the impact of the construction of Northgate Mall in Durham, North Carolina. They wanted to see how the mall’s construction affected housing prices and rents in the surrounding areas.

The study found that residential property values in the area directly surrounding the new mall didn’t rise as much as other areas in Durham, likely due to increased traffic, noise, and crime in the immediate area. However, the value of homes just outside that area rose faster than homes that were slightly farther away from the mall.

Of course, more significant economic trends like online shopping can and will change the value of market stimulants. The Northgate Mall is now closed and being redeveloped into a mixed-use space that includes retail, offices, and residences—signaling a market stimulant that is likely to create new opportunities for investors. 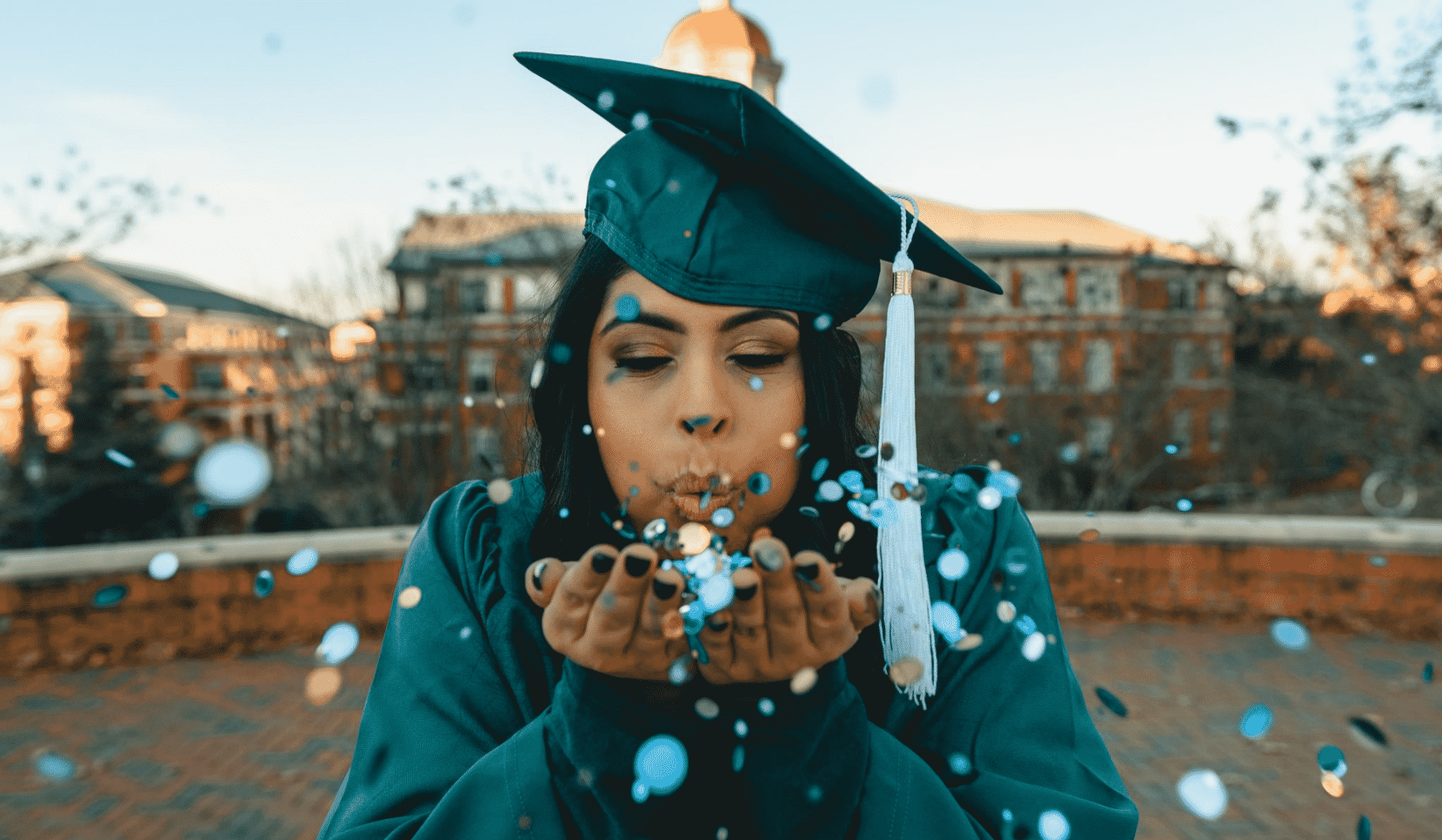 New or expanded educational or religious campuses can also be a powerful stimulant to local markets. However, unlike new shopping or entertainment options, the price increases are generally highest in the areas directly surrounding a campus. 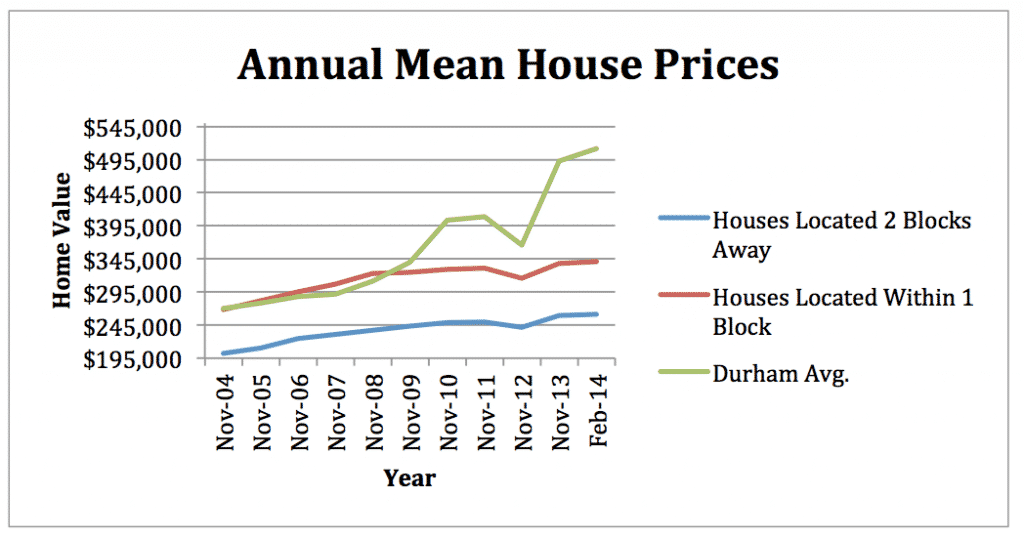 A 2014 study by Duke University showed that property values within one block of the university sold for higher prices than comparable properties that were two blocks away.

Of course, you don’t have to wait around for a new university to be built to profit from this market factor. The stimulant effect from new K-12 schools or places of worship can also provide excellent opportunities for investors.

New campuses create new jobs and bring new students and church members into a neighborhood or area. The increase in population helps stabilize rents and supports higher property values—the exact conditions you should be looking for as an investor.

[Related Article: 7 Reasons Why 2022 Is Ripe for Real Estate Investors] 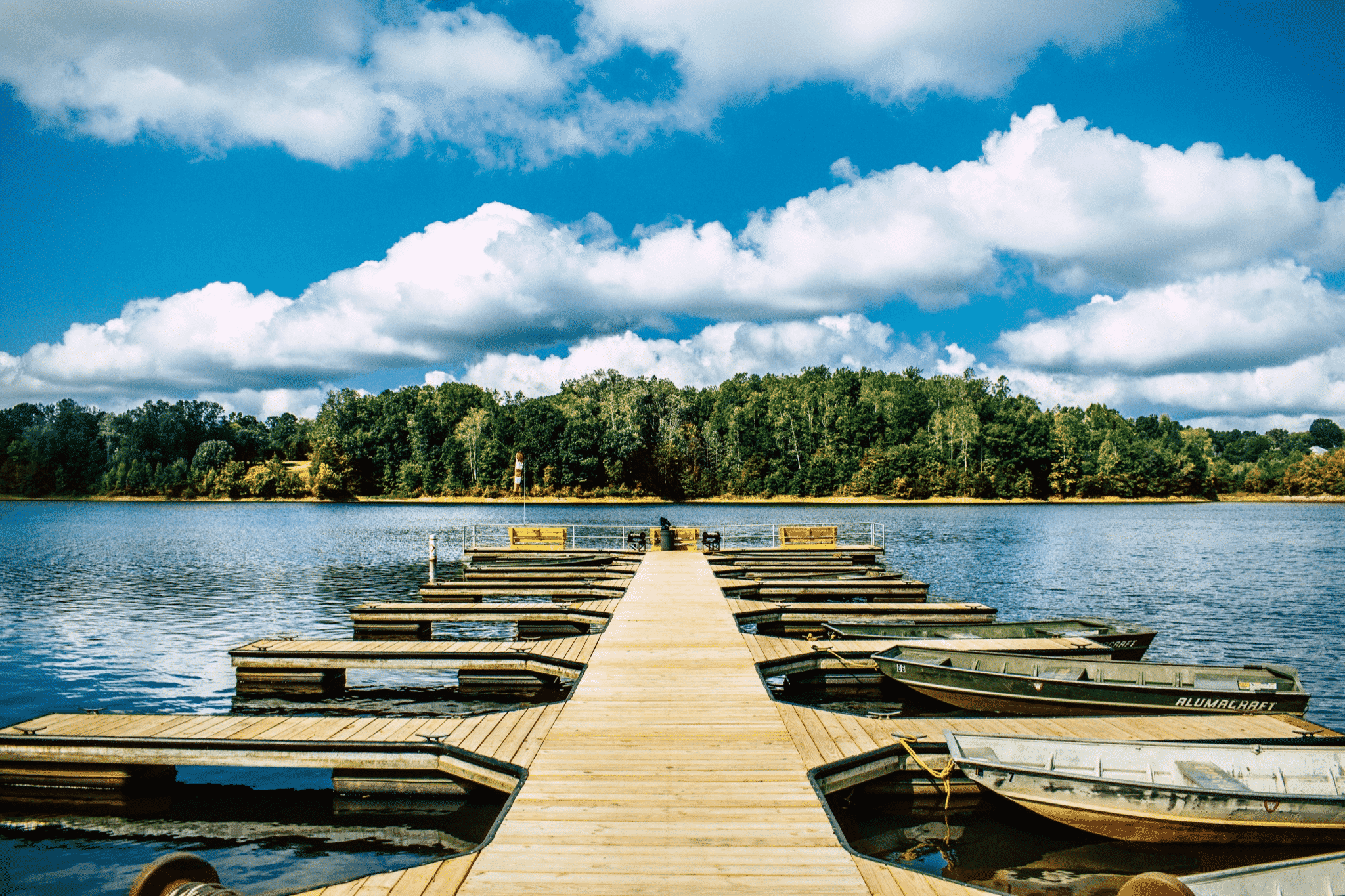 In the past, home values in Apollo Beach grew much more slowly than in employment hubs like Tampa. Part of the reason for this slower growth was the roads. Apollo residents faced a long, congested commute into Tampa for work. Tampa residents were forced to endure the same long, gridlocked drive to enjoy Apollo’s beaches on the weekend.

A new overpass due for completion in late 2022 will give commuters easier access and Tampa residents a more enjoyable drive to Apollo’s beaches. This new transportation stimulant will create many real estate investment opportunities in both Apollo and Tampa.

Home values in Apollo Beach are likely to see a sharp increase as high net-worth city workers pick up coastal homes that were once too far of a commute. Homes and land between Tampa (the employment center) and the beach will likely increase in value due to new accessibility to both.

Savvy investors pay special attention to employment, rezoning, and transportation changes in areas that have popular environmental features. These small changes can have a giant impact on the real estate market.

Identifying the right opportunities is crucial when deciding where to invest in real estate. These market stimulants are good indicators that the real estate market in a given area is going in the right direction.

These should help you pinpoint smart investment opportunities. Markets with one stimulant are good and markets with multiple stimulants working in tandem are outstanding.

Use these six market stimulants to help you identify real estate investment opportunities. Please share those areas in the comments below. Maybe you’ll get an investor referral! Sean Moudry has been featured in REALTOR Magazine 30 Under 30. As the CEO of a real estate market center, Sean recruited over 115 agents in a single year.