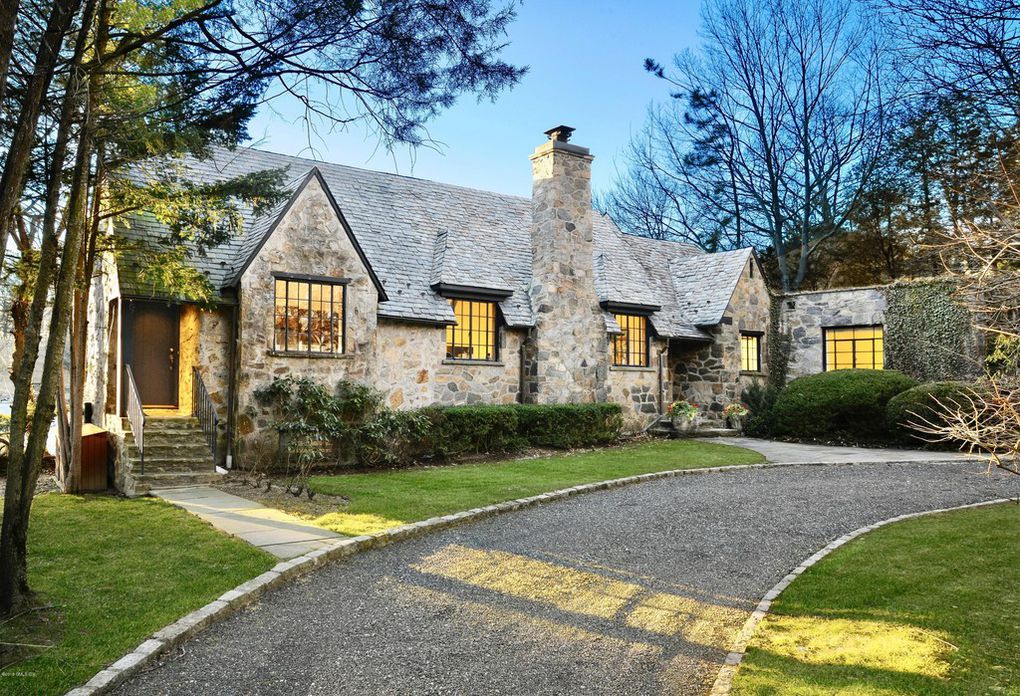 First popularized in the 1920s in England and later the United States, Storybook style was an architectural style that seemed tailor-made to offset the cold (and mostly boring) modernist movement in the United States.

As a general rule, Storybook homes took design cues from more whimsical eras. Instead of giant slabs of concrete or window walls, Storybook homes often featured rough hewn beams, fieldstone facades, and the peaked roofs and chimneys that made them look straight out of a rather elegant fairy tale.

Like the mid-century modern homes that sprung up around them, today’s surviving examples of the style are truly something special and are commanding similar prices from buyers who value authenticity and charm.

For this week’s column, we decided to take a look at seven of our favorite Storybook or Storybook-inspired homes on the market this spring.

Less than an hour from Manhattan, it’s no surprise that Connecticut’s toniest enclave has some of the best preserved examples of Storybook-inspired historic homes dotted among the eight-figure estates that have historically dominated the town.

This example on Alden Road offers something truly special. Behind the gorgeous stone facade, this home boasts a lake with a small waterfall that is the perfect setting for the ivy-covered rear of the home. 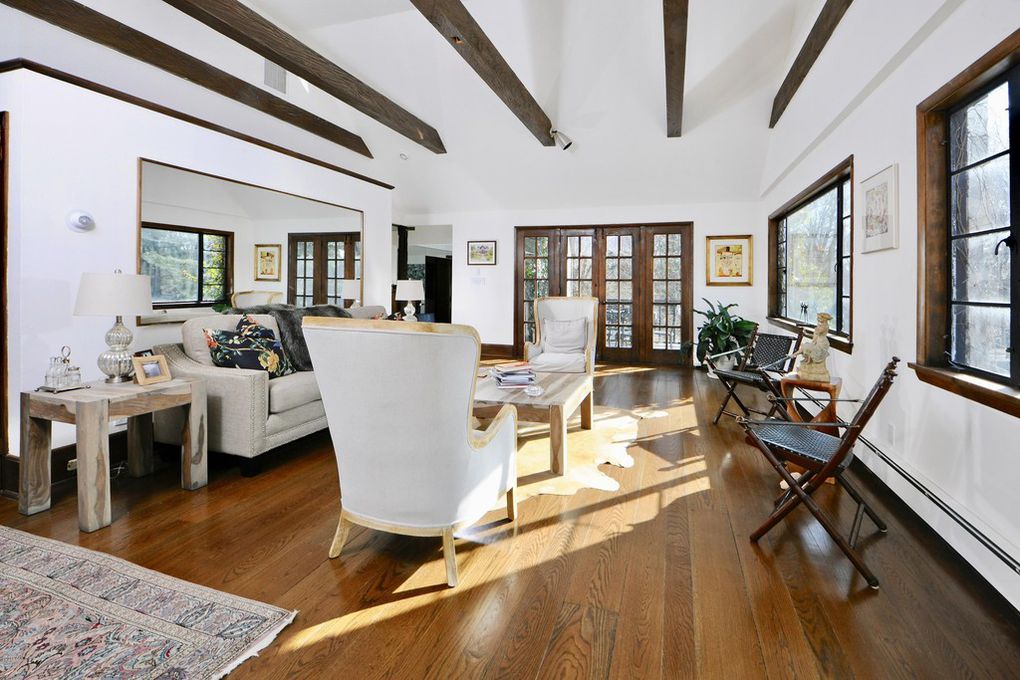 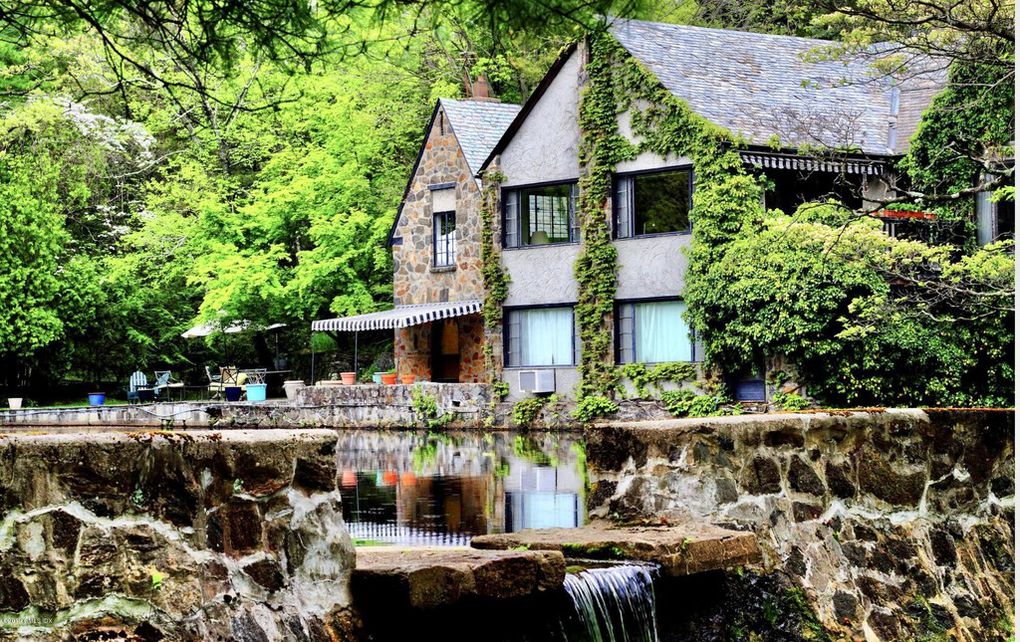 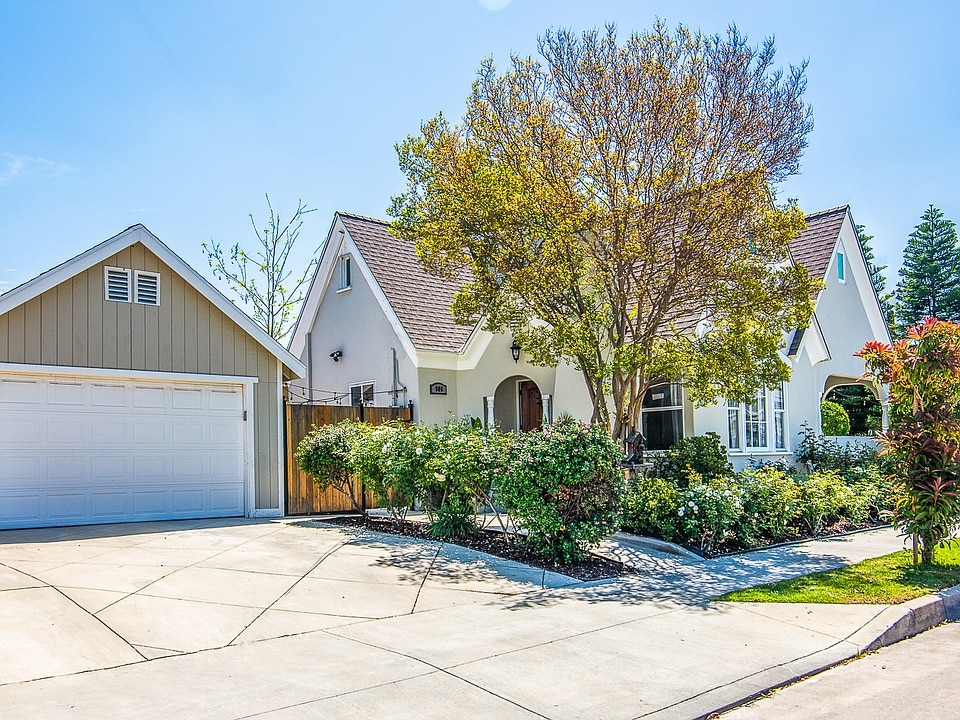 Believe it or not, another prime city for Storybook spotting is Los Angeles. Here among the sunshine and palm trees architects not only built Storybook estates and bungalows, but even entire Storybook apartment complexes, like the truly lovely Il Borghese featured in David Lynch’s Mulholland Drive. Whether it’s Storybook homes or Spanish Style estates, Los Angeles is teeming with history—if you know where to look.

This drop dead gorgeous Storybook home on LA’s North Avenue is one that’s surely going to pop up in our daydreams for the next few weeks. It has just enough character to be elegant instead of ostentatious and whoever decorated the place has earned our vote for the pantheon of dreamy interior design, West Coast edition. 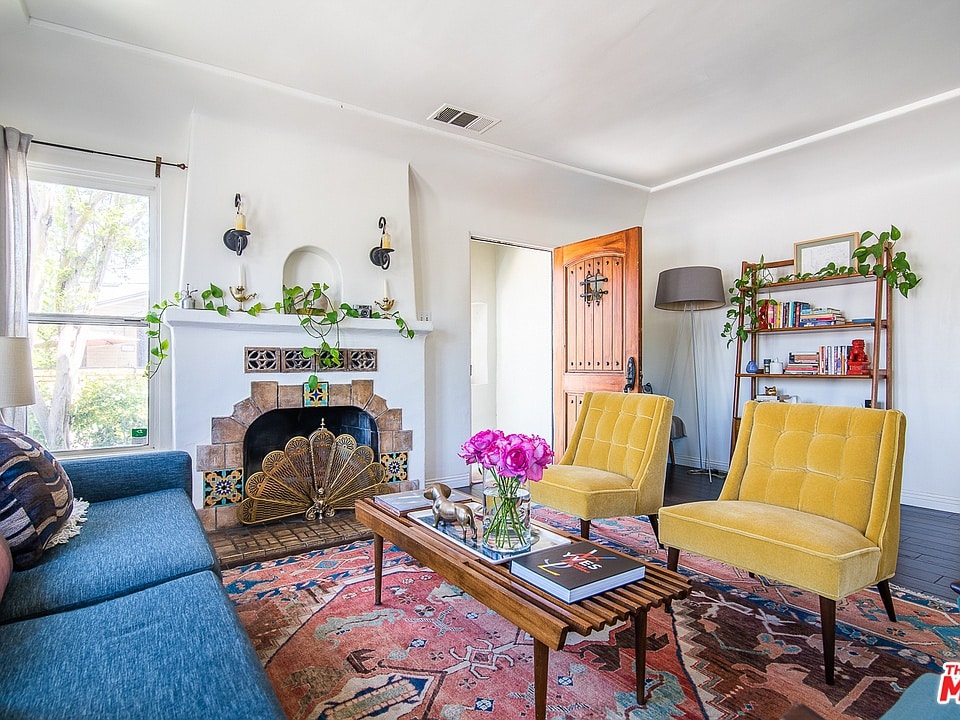 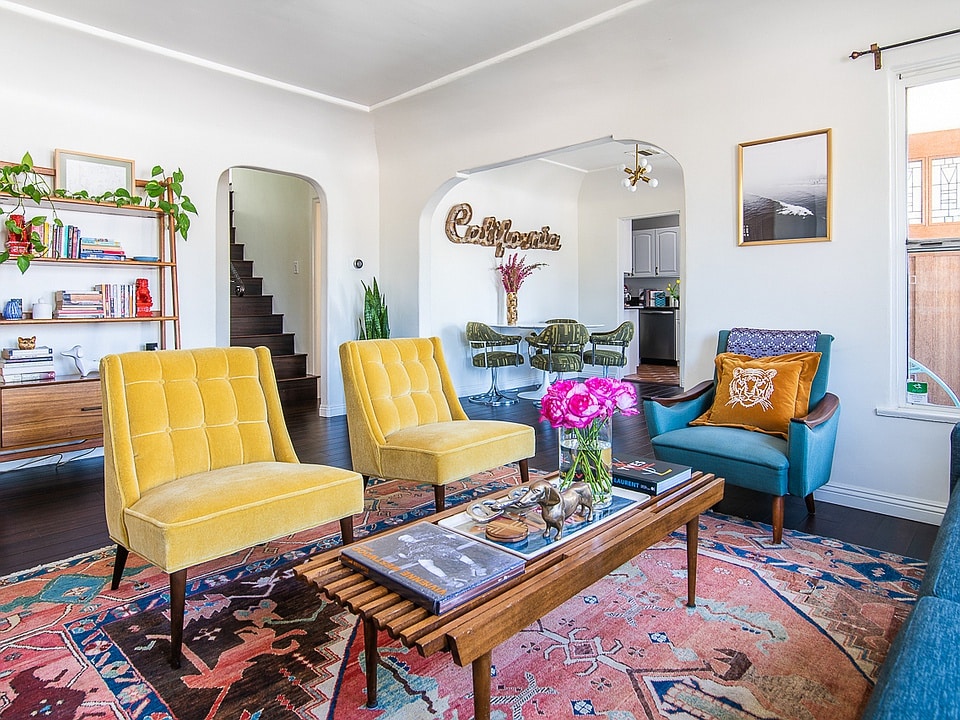 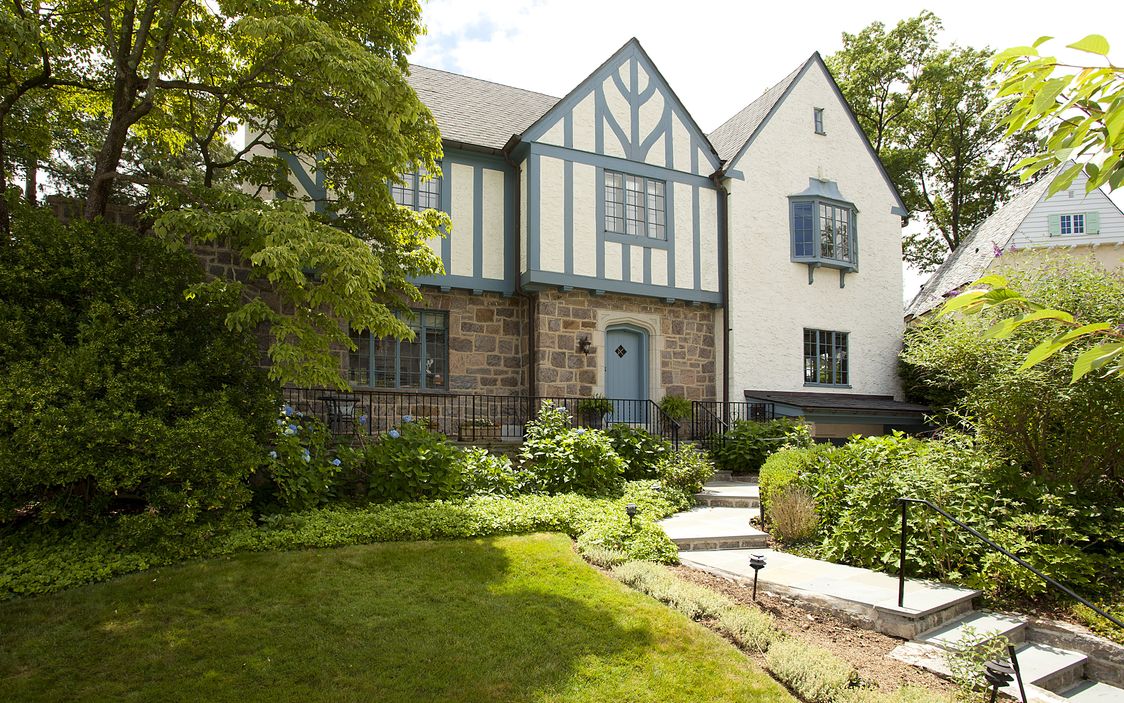 Like Greenwich, Westchester County is also a quick Metro North or chauffeured Rolls Royce drive from Manhattan. As you can imagine, the area quickly grew into another enclave of understated dwellings for the rich and famous.

While Bronxville is a bit less stuffy, the architectural treats are just as tasty. Case in point, this absolutely lovely Tudor on Beechmont Avenue. Understated and elegant, this place would also make an incredible spot for a Game of Thrones rewatch marathon to catch everything you’ve missed over the past few years.

Even better, the owners or home stagers wisely decided to deck the place out with mid-century furniture which works perfectly with the home’s stately bones. There’s just something so warm and inviting about homes like this that modern architects just can’t seem to get right. 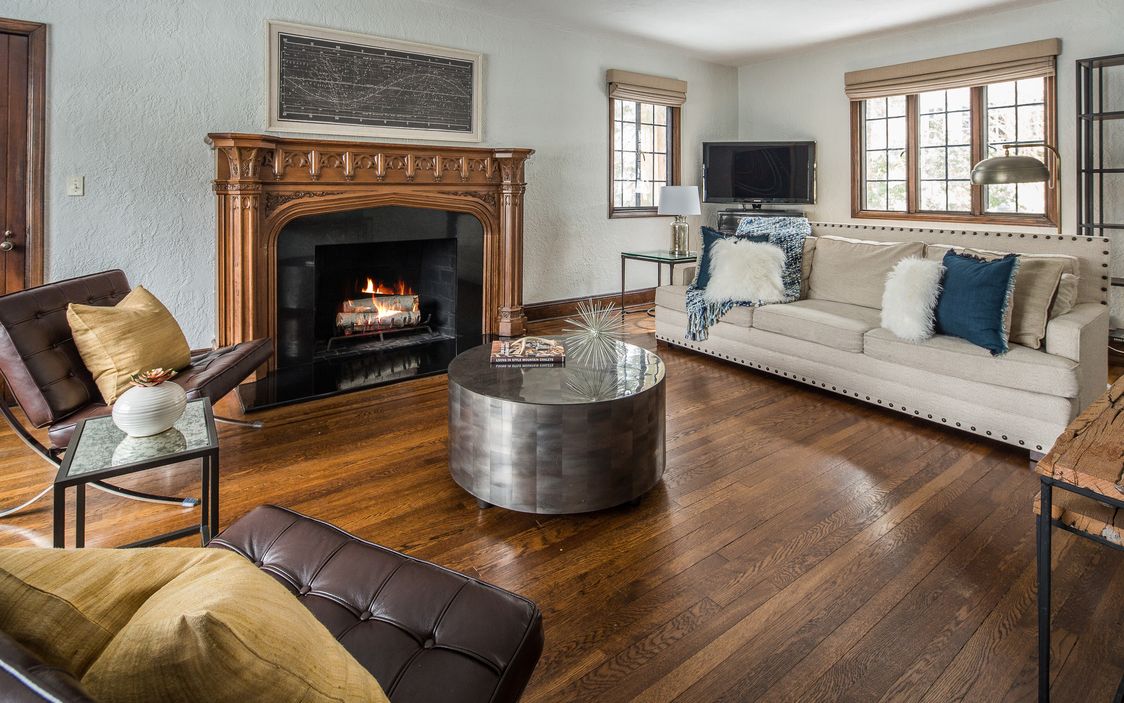 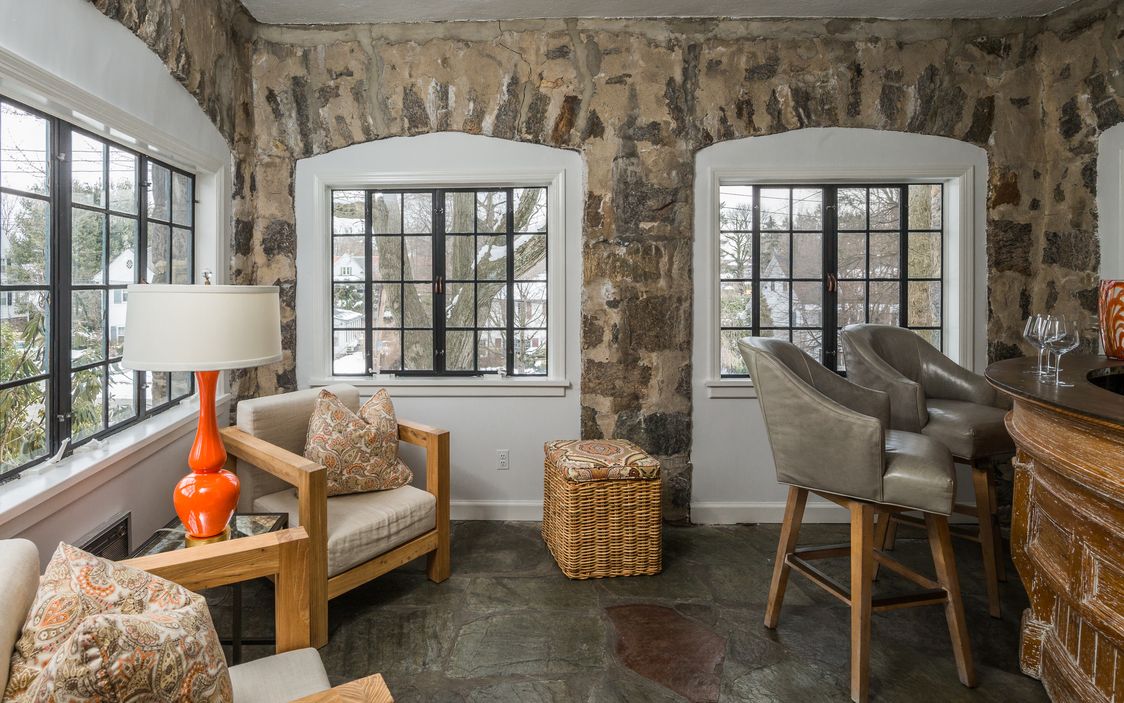 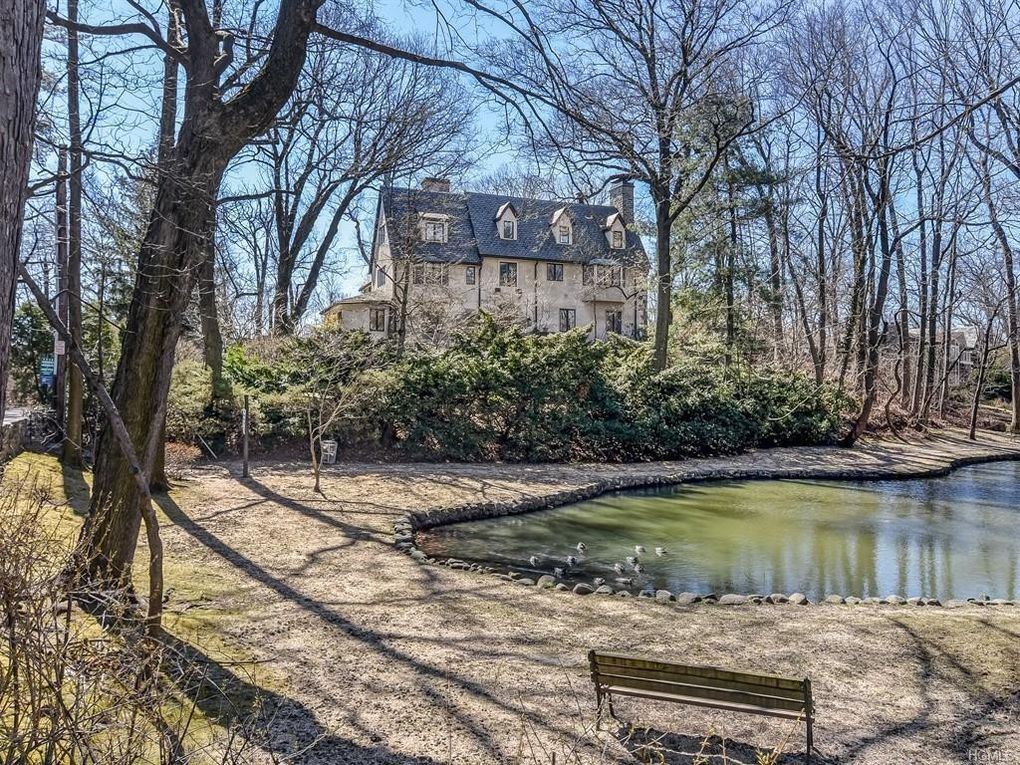 Just east of Riverdale and north of the evocatively named Spuyten Duyvil (Dutch for Spiteful Devil), Fieldston offers buyers an even quicker commute to Wall Street, with the same cachet of its northern cousins.

Rising from the woods like a fairy tale castle, this Livingston Avenue charmer is a great example of a Storybook home on a grander scale. If we’re talking fairy tales, this is where the dashing Prince would have lived with the rescued damsel happily ever after. We can’t help but imagine it will make some Manhattan family live just as happily. 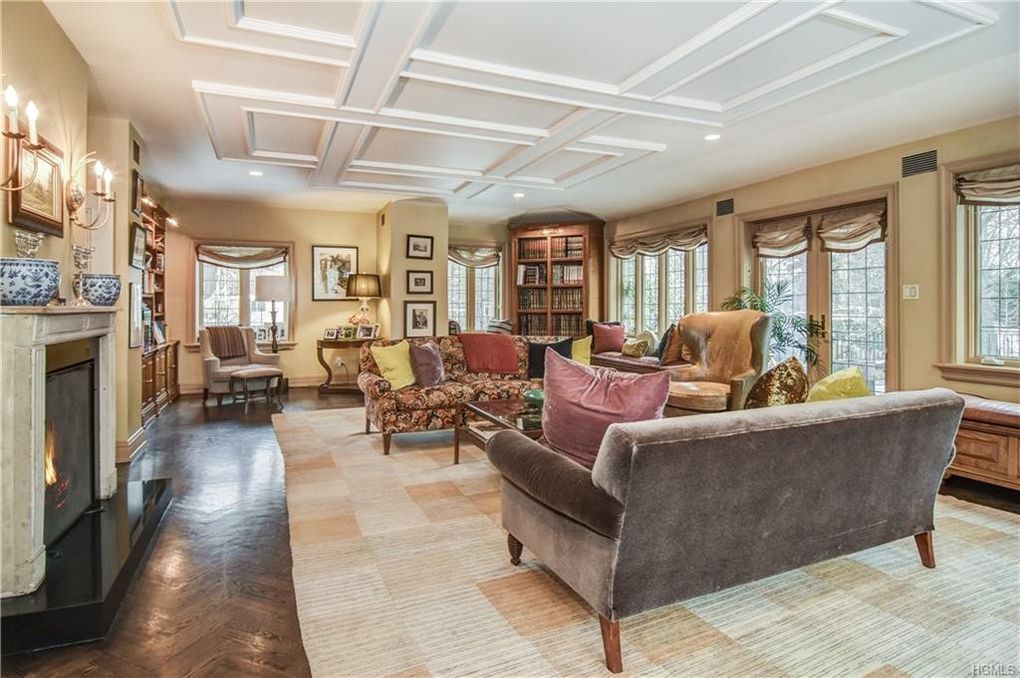 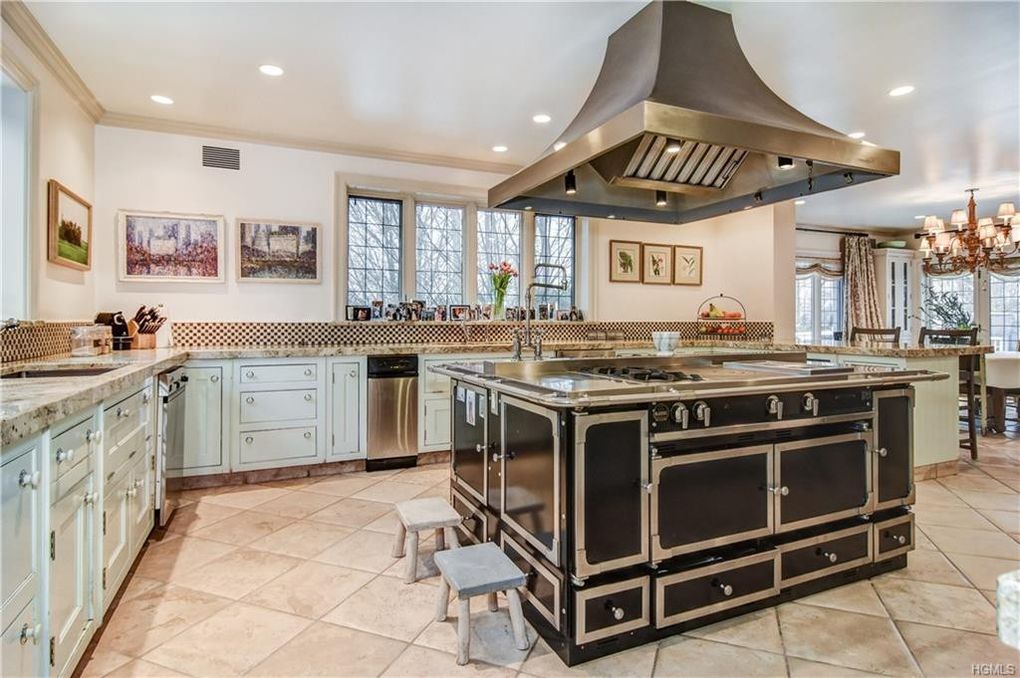 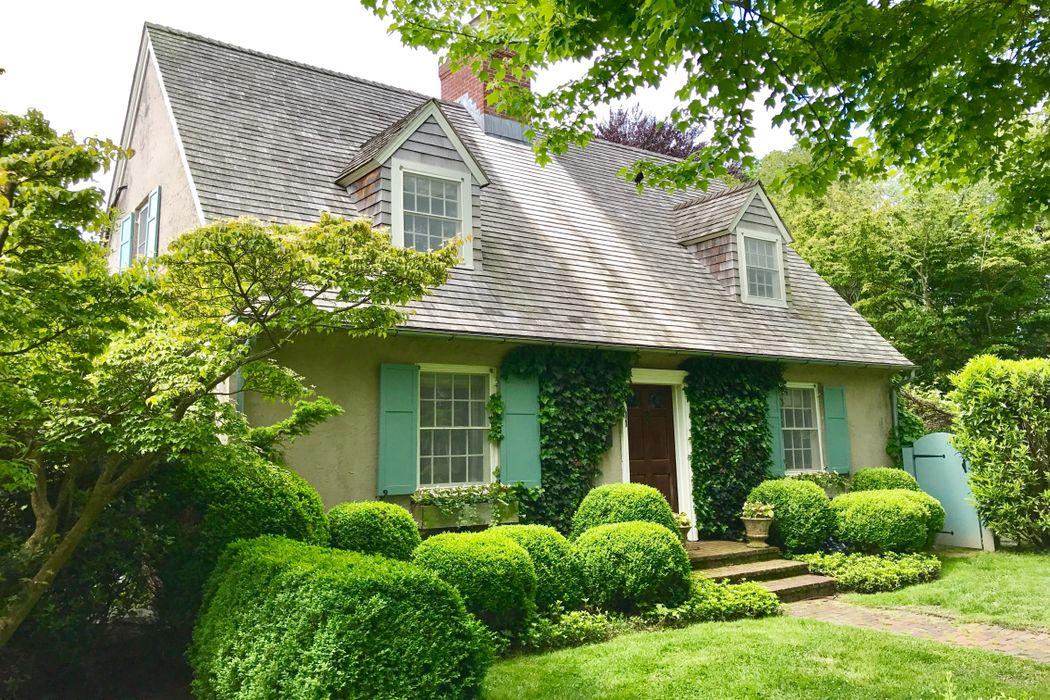 Next, let’s take a trip “out east” into the even tonier seaside enclave of East Hampton. Historically a place for the rich and richer to rub elbows with famous artists and potato farmers, East Hampton has grown up into the place to see and be seen for Manhattan’s upper crust.

Of course not every CEO or A&R Director needs (or wants) a ghastly 20,000 square foot mcmansion. Instead, there are plenty of tasty architectural morsels on the market that are more home than hotel.

We ran across this stunning Storybook inspired home on Zillow, but it ticked every box for fantasy homes so perfectly we can’t help but think it won’t be there for long. After all, you’ve got history, charm, elegance, and location all in one package. What more could you ask for? 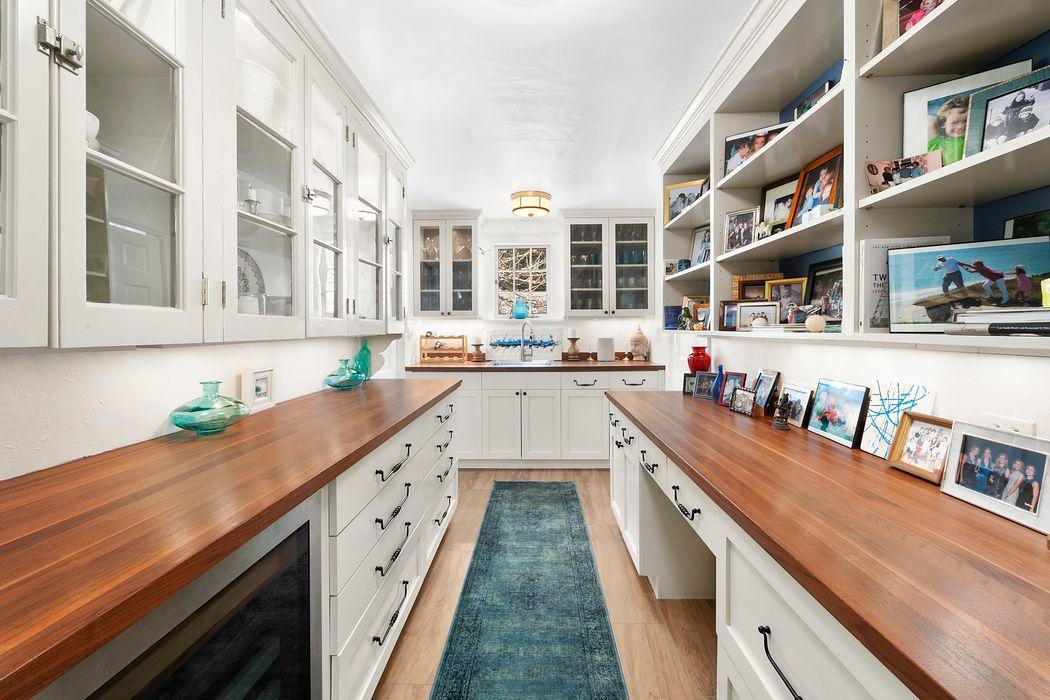 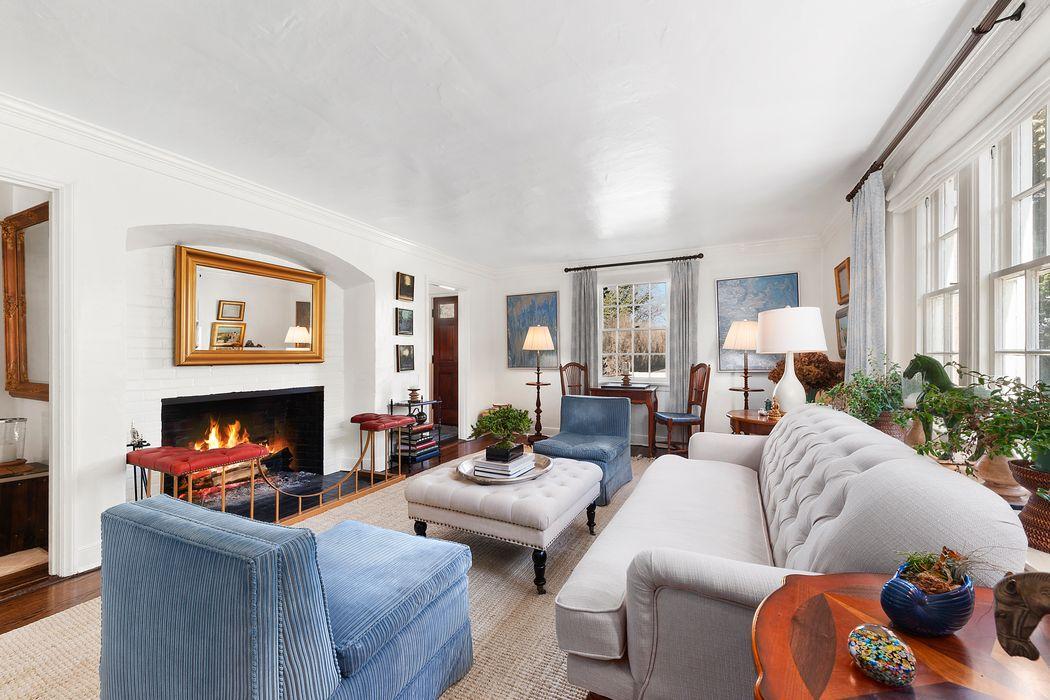 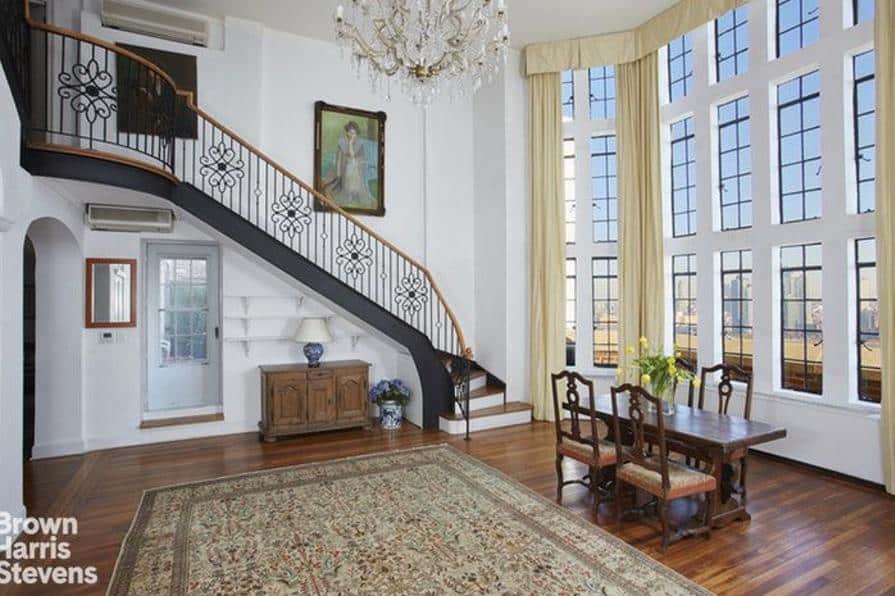 Don’t worry, we didn’t forget about Gotham proper. While the Storybook style in Manhattan was overshadowed by opulent Art Deco masterpieces and sleek modernist towers, there are still some buildings that have the gothic charms of the Storybook home intact.

One excellent example is the Windsor in Manhattan’s Tudor City. Even the name itself lends this place the Storybook charm we were craving when decided on this theme for our listings of the week.

This particular unit doesn’t disappoint. With soaring ceilings and a graceful staircase just begging to be descended by a movie star in a ballgown, this unit can easily stand alongside the stone facades and peaked roofs of the other listings in this article. 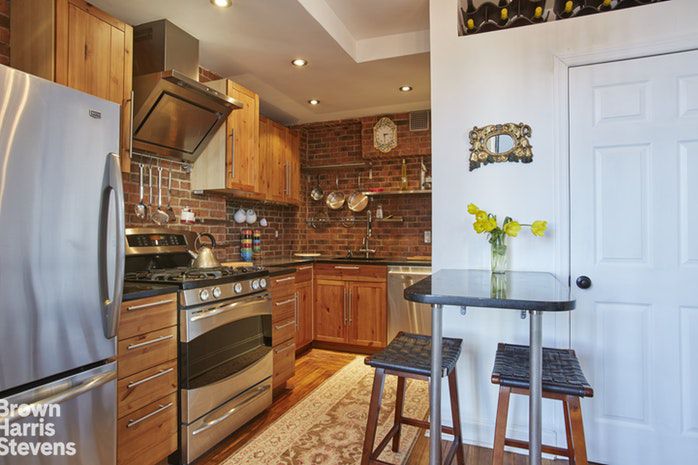 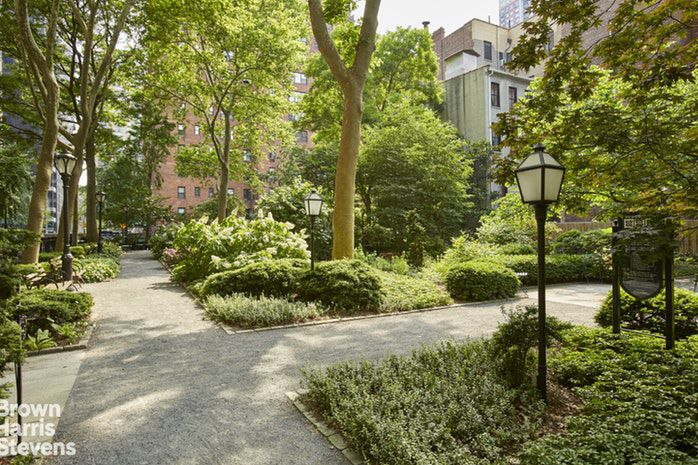 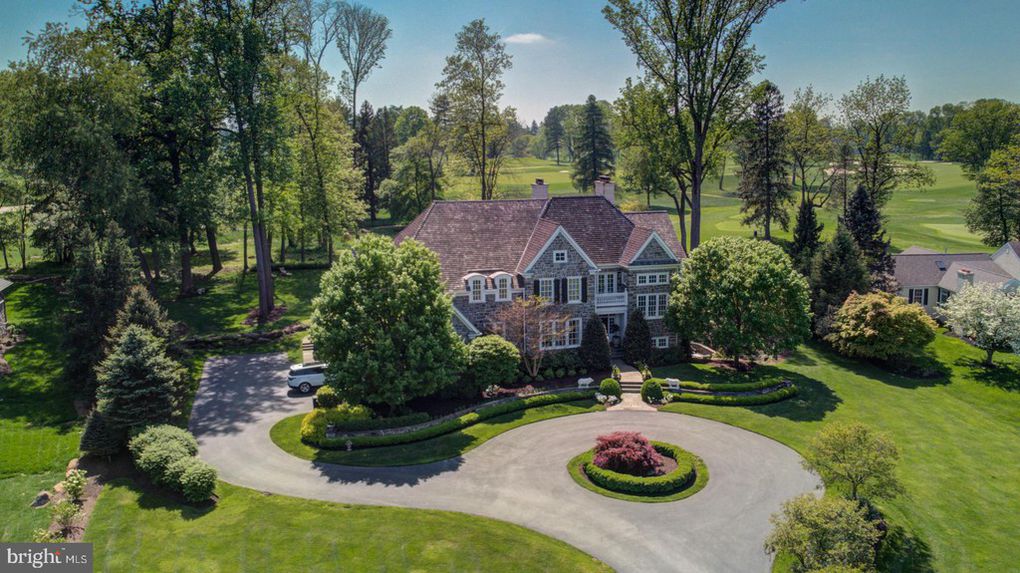 Last but not least, we took a little detour south to check out this sprawling estate in Philadelphia’s Main Line area. Unlike most of the homes we’ve featured today, this seems truly fit for a prince rather than a Stock Broker.

Of course this being Main Line, it’s also as elegant and tasteful as a (double magnum) of chateau margaux 1995. Although it was built in 1994, the old world charm here is unmistakable, with the added bonus of not having to second guess your wiring. It’s not all wow factor though, the home also boasts a truly livable layout and a driveway and garage fit for a stable of Lamborghinis rather than Clydesdales. 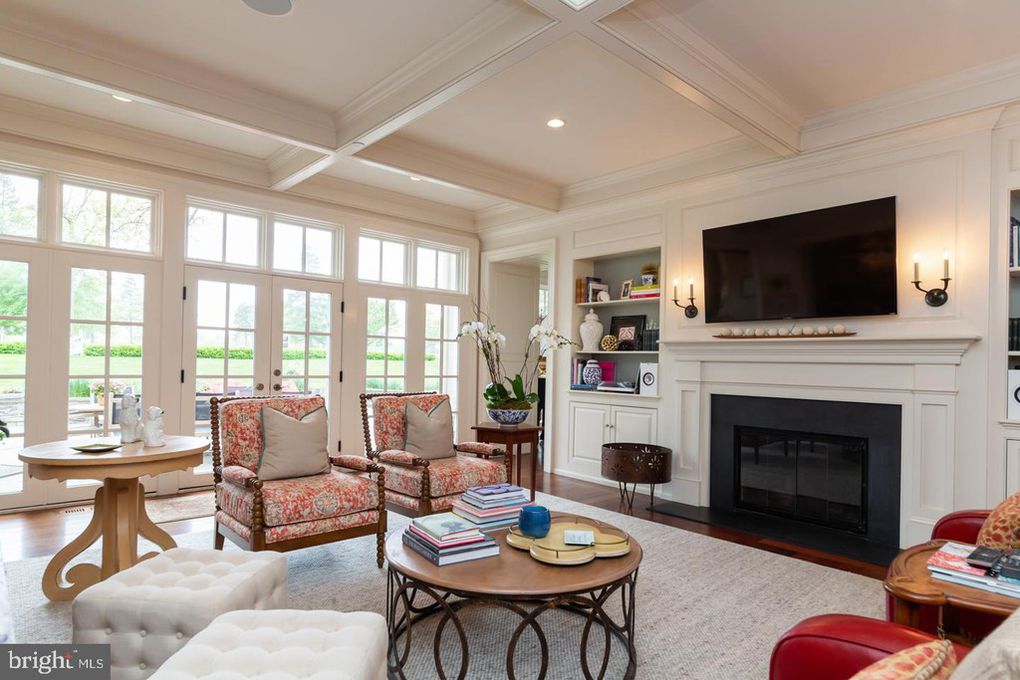 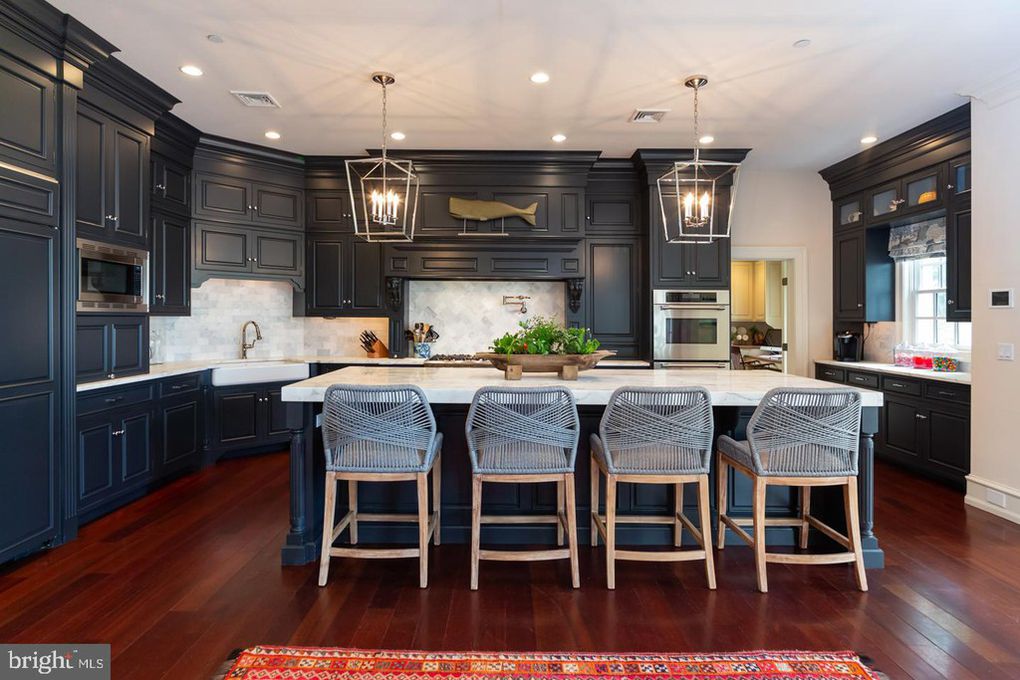 What did you think of the Storybook homes we chose as our listings of the week? Let us know in the comments.