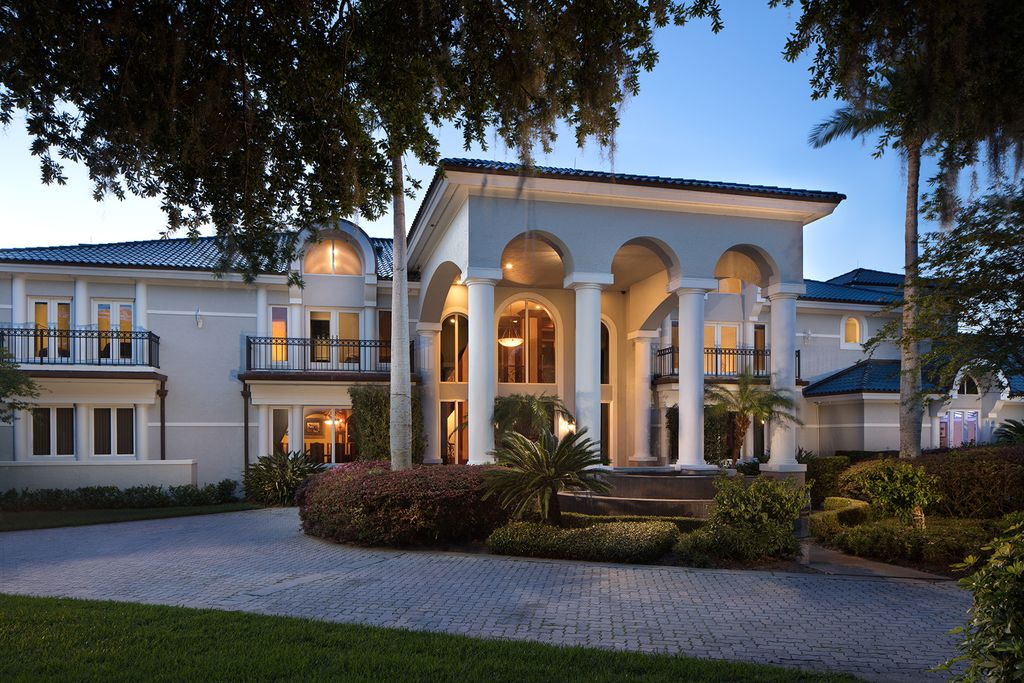 Listing of the Week: The (Totally Bonkers) House Shaq Built

When it comes to cultural icons they don’t get much uh, bigger, than Shaq. Or should I say Shaq Attack. Shaq Fu. The Big Shaqtus. Superman. The Big Shamrock. Or maybe Wilt Chamberneezy?

Whatever you call him, there’s no denying that Shaquille O’neal lives… well, larger than most celebrities. He was a 15 time NBA All Star and an Olympic gold medalist. His 1993 album Shaq Diesel went platinum, he’s been on a million TV shows, and he has both an MBA and Ed.d. Did I mention he did voice overs for the second Smurfs movie and is a sworn deputy for the Jonesboro Georgia Police Department? Probably not, but now you know.

When this listing landed in our inboxes this morning, everyone here in The Close office wasn’t expecting Shaq to live in a drab mcmansion or a chilly postmodern glass box…. What we weren’t quite prepared for though was the sheer craziness/awesomeness of Casa de Shaq. Well, Buckle up, because this is about to get weird.

Let’s just start with the numbers…

Located a few short miles outside of Orlando city limits in the gated community of Isleworth, Shaq’s shack measures in at a jaw dropping (and Shaq appropriate) 31,000 square feet, or around six and a half NBA regulation basketball courts. It has twelve bedrooms, fifteen bathrooms, a 95 foot long swimming pool, and a seventeen plus car garage. It’s not what you would call small…

And that’s just the interior. Step out into the backyard to soak in the sweeping views of Lake Butler, and you enter a hidden club-med worthy tropical paradise that looks like one of those glossy travel ads from an in flight magazine come to life: Welcome to Shaq-apulco. Passports optional, margaritas mandatory. If you’ve ever been to an all inclusive resort anywhere south of Miami, you’ll know why.

The pool, like everything else about this place, is absolutely massive at 95 feet, and even boasts a waterfall and a swim up bar.

Even better, a lot of the seemingly endless rooms in Shaq manor have ultra cool themes. There’s a room with an Egyptian motif whose sole purpose seems to be to house a giant triangular fish tank—-what, you don’t have an Egyptian fish gazing room in your house?, a walk in humidor, a 6,000 square foot indoor basketball court, a movie theater, a wood paneled office, and a master suite with a gargantuan circular bed that is probably bigger than my whole Brooklyn apartment.

Considering it has so many bonkers amenities you might be thinking this place is a bit of a lark; a $28,000,000 man cave. Luckily, the next mega rich occupant will land a thoughtfully designed home to put their stamp on.

While only the most die hard sports fans would keep the superman logos that seem to be everywhere in the house, or the life size superman sculpture on the boat dock, it’s actually got great bones. Heck, a lot of the interior design is downright understated and elegant.

In fact, all of the rooms in the house were purposefully designed with views of the lake(s) in mind, so the whole layout has an open, airy feel that may not be apparent from the sheer shaqosity of the listing pictures.

While it’s about as custom (and cool) as you can get, that means it can be very easily transformed into yet another billionaire’s mega mansion that they’ll never even set foot in. The whole Shaq story will probably be just a anecdote for the golf course. Ce’st la vie. There’s only one Shaq and he left the building.

Here’s hoping that the new owners are die hard fans of the Big Shamrock and turn it into some kind of crazy Shaq shrine/theme park… or maybe a sleepaway basketball camp?

All I know is that whatever it gets turned into, we want an invite to the first barbeque.

Okay, okay, you didn’t come here to listen to me wax poetic about how mind blowingly awesome this place is, so let’s jump into some listing pictures to get a true sense of the sheer bonkersness of casa de shaq. 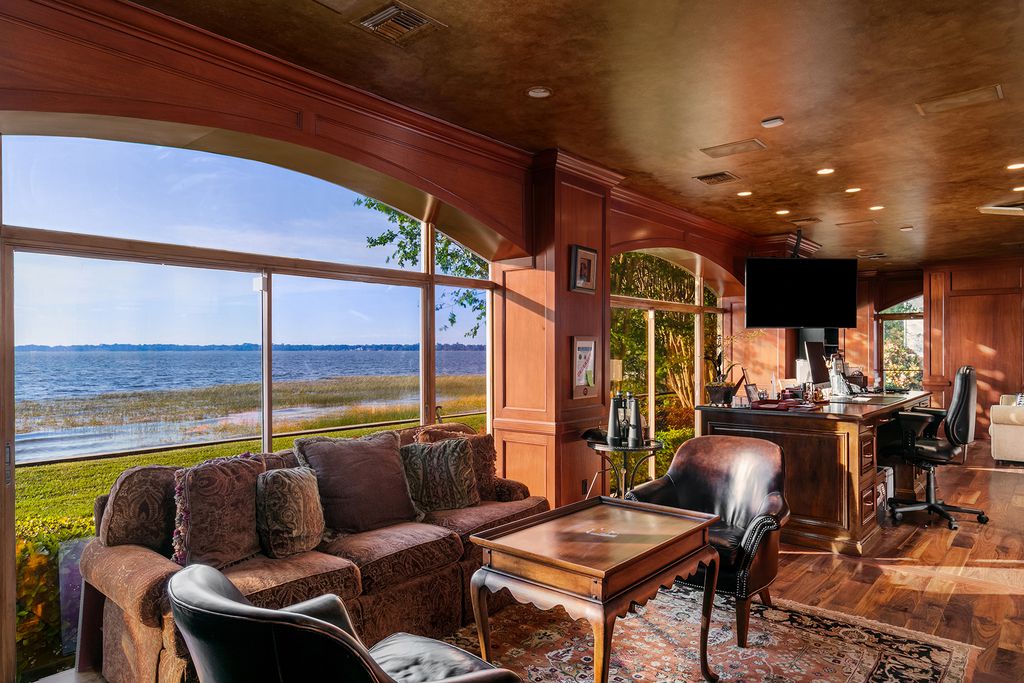 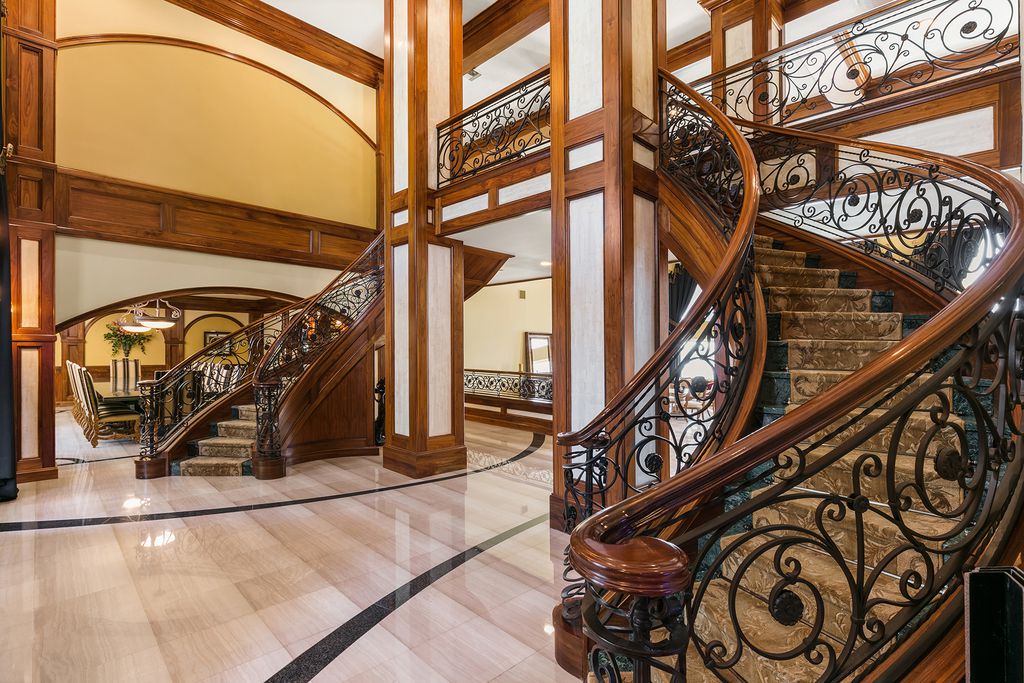 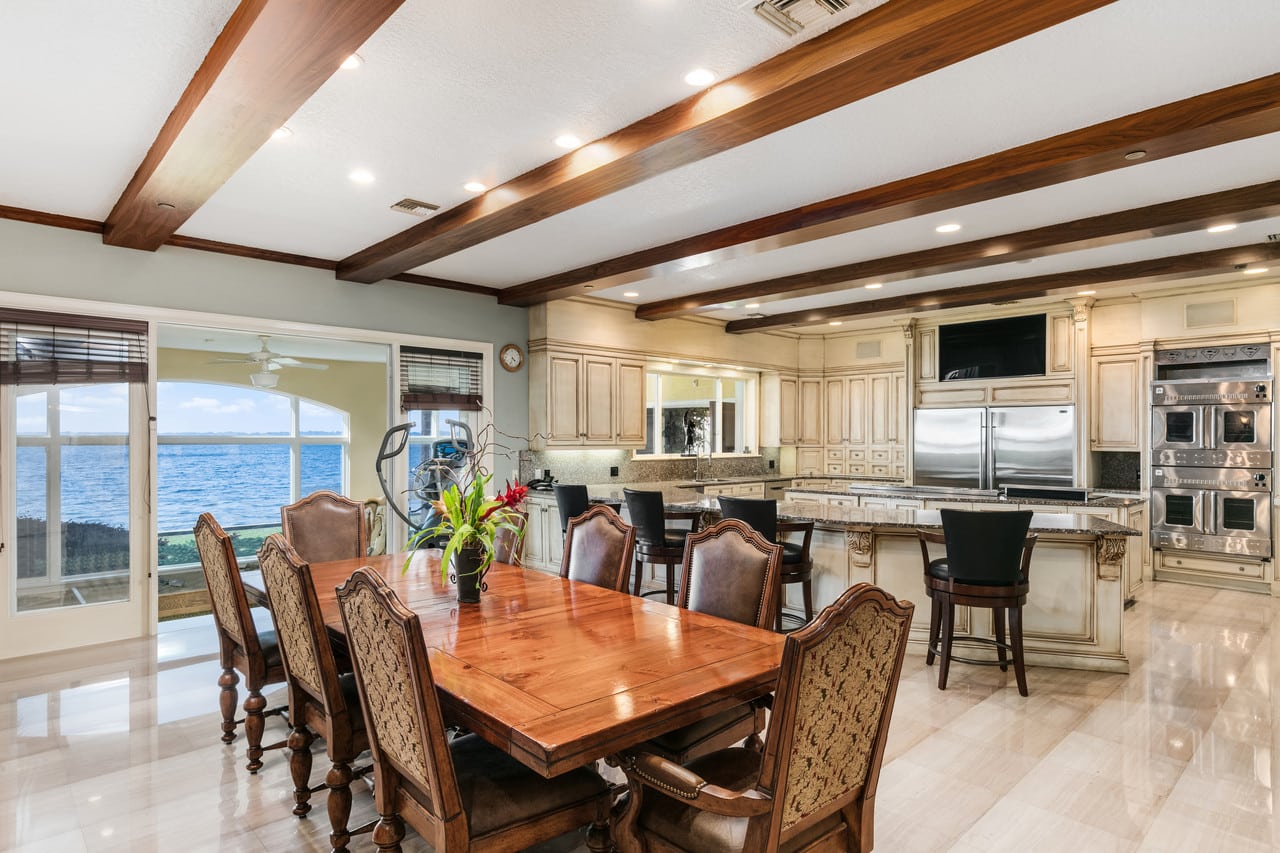 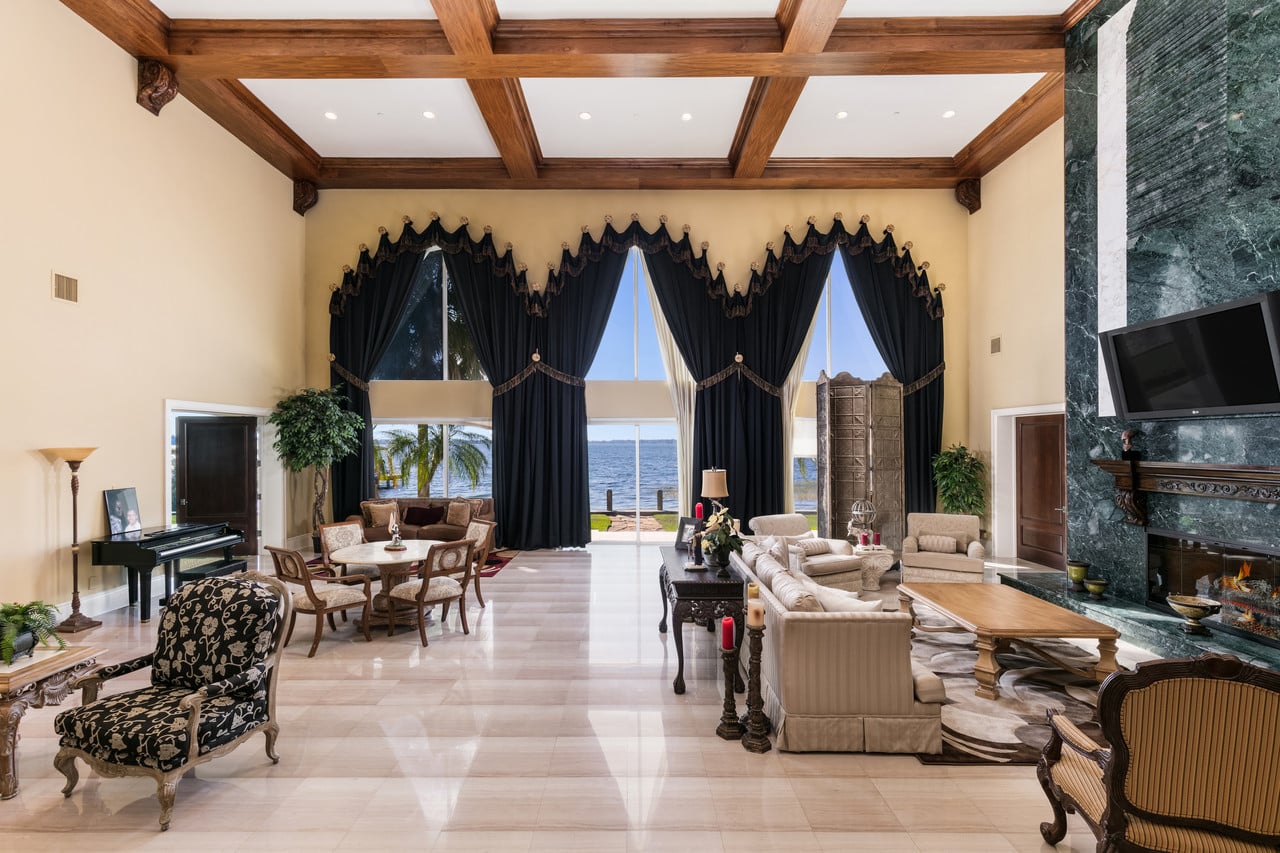 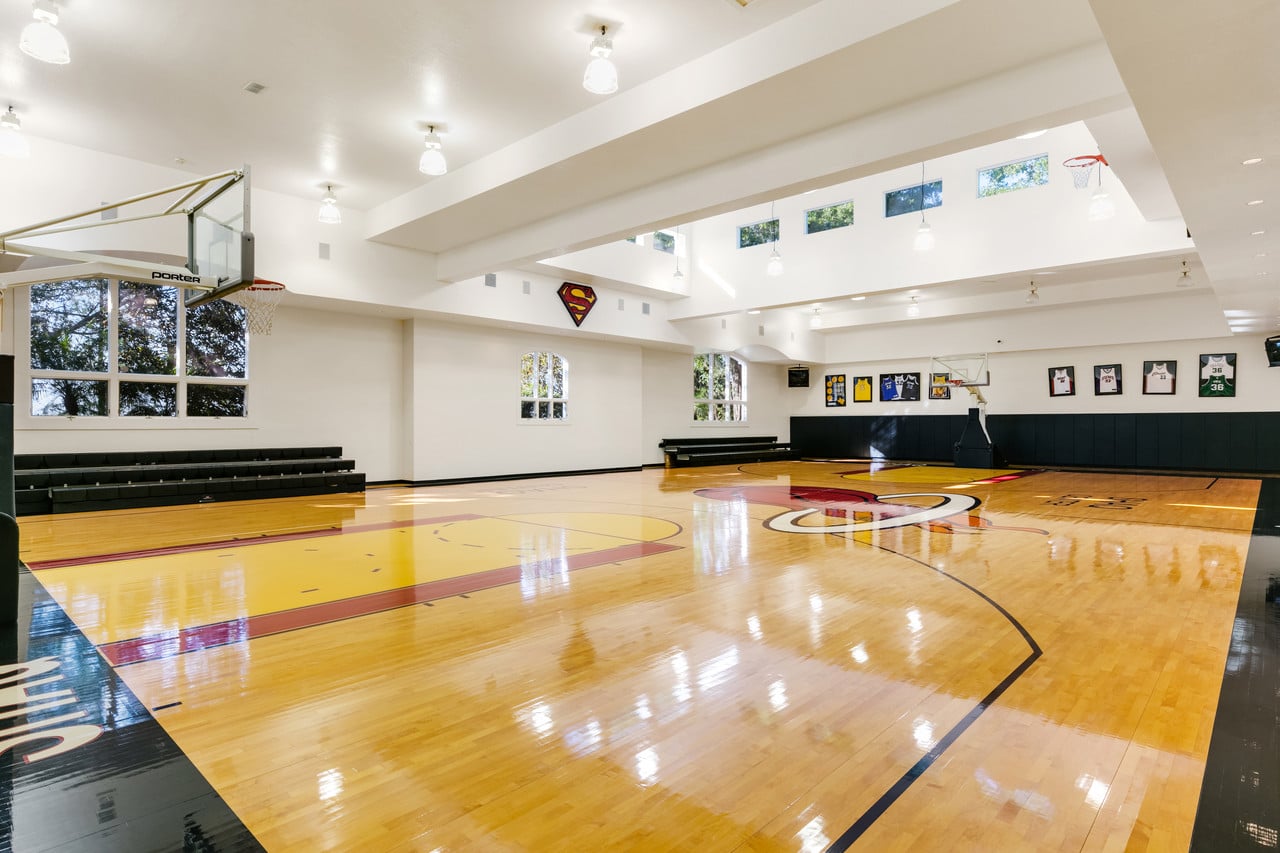 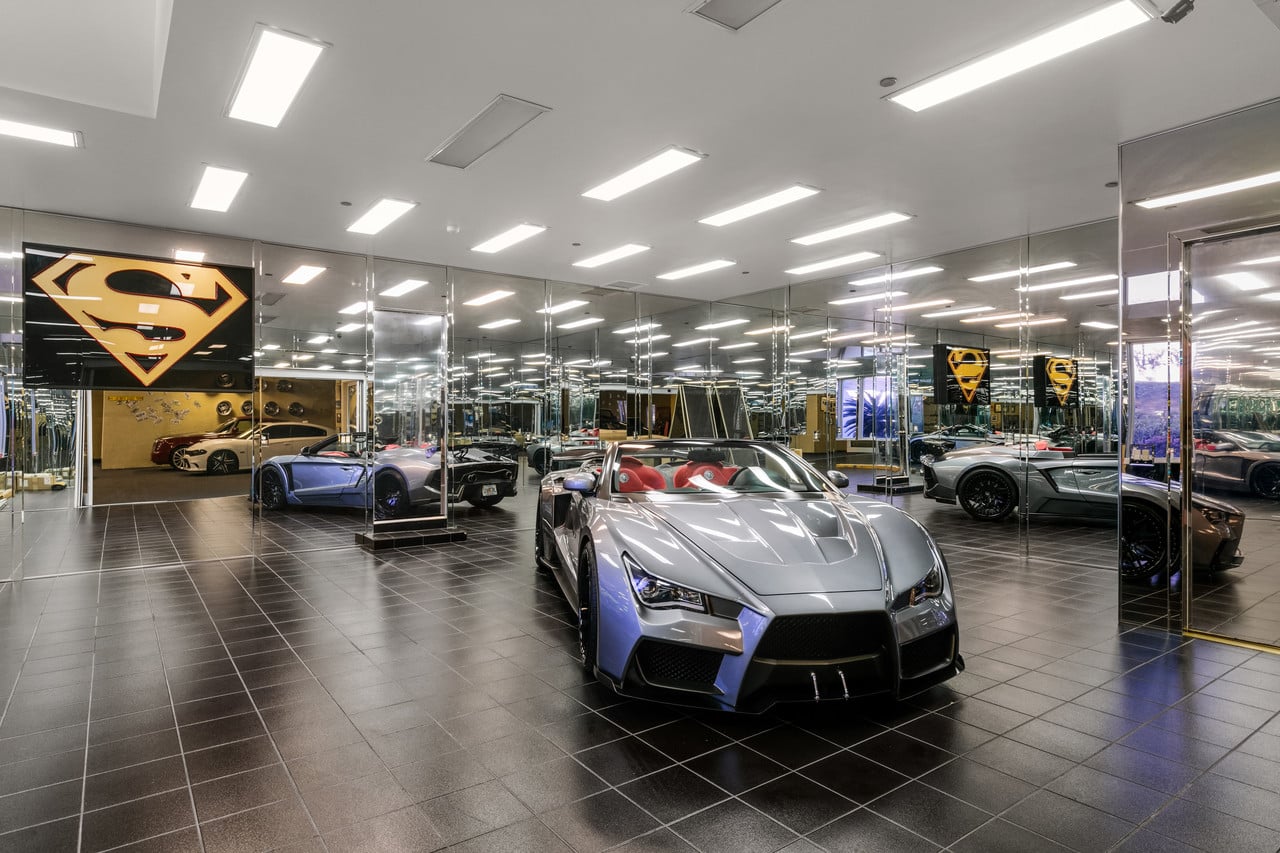 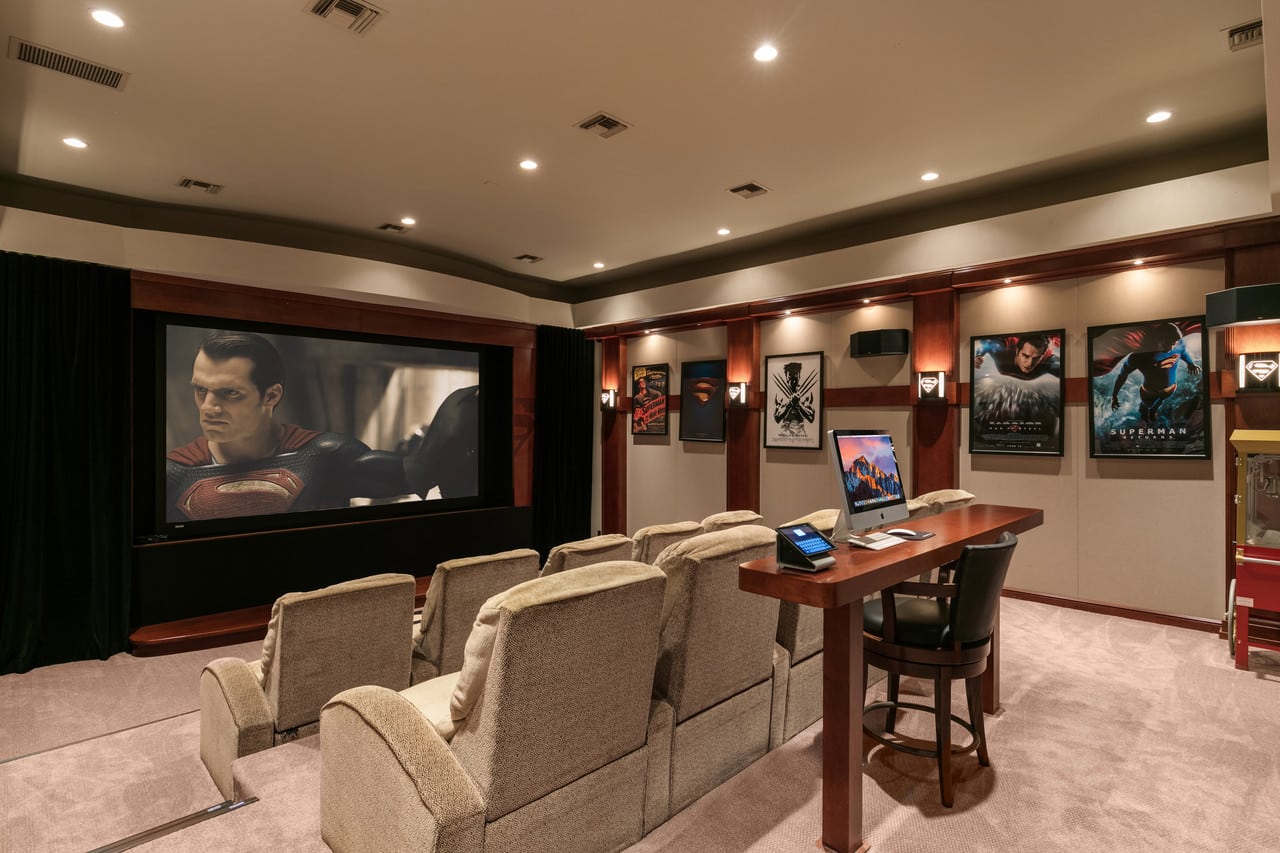 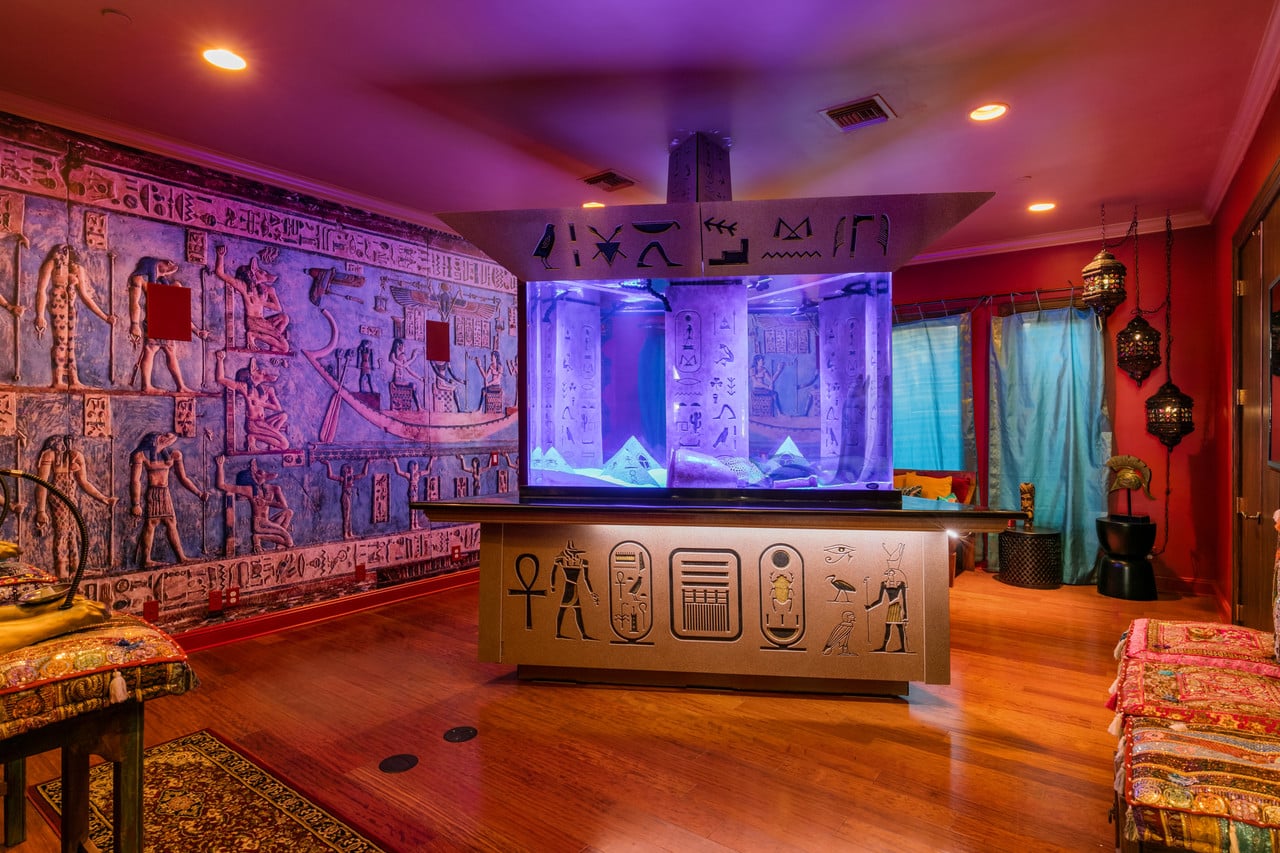 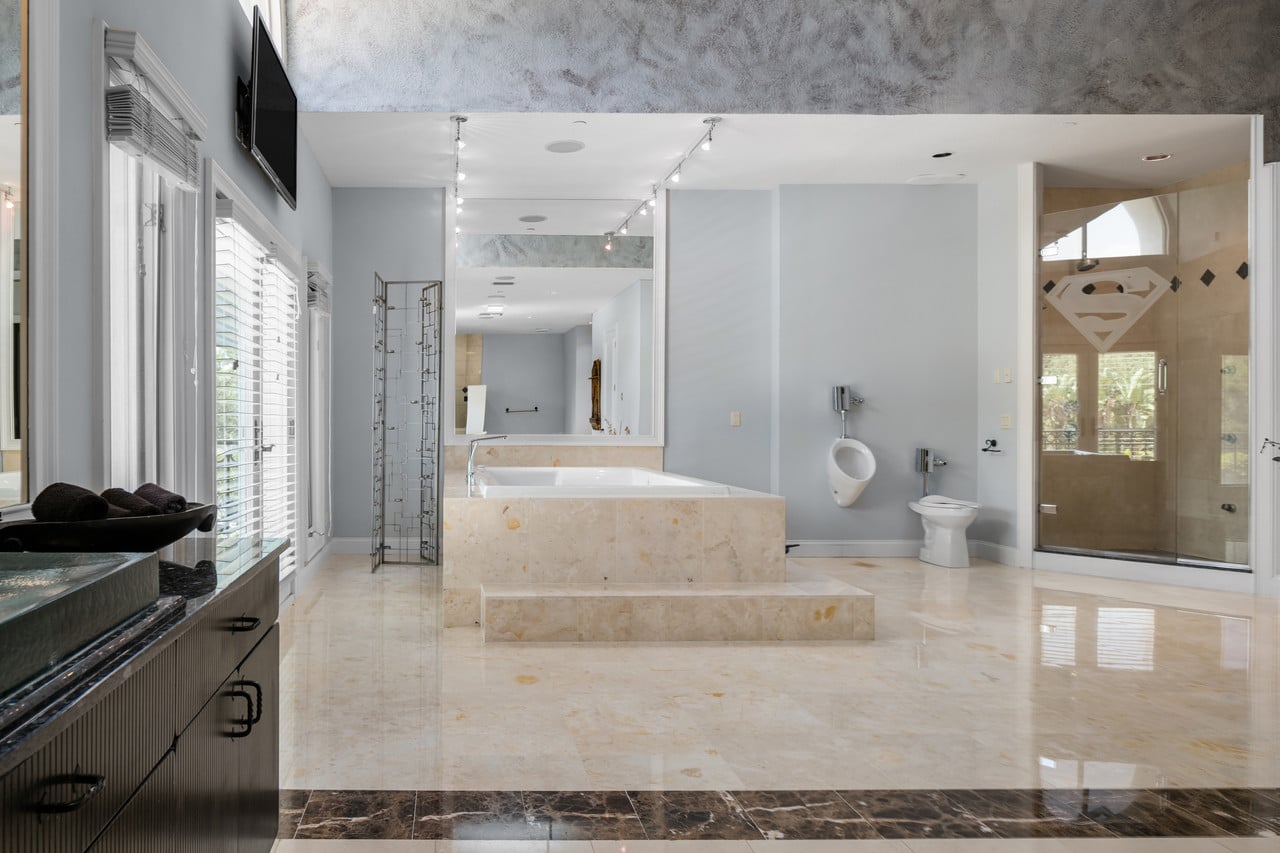 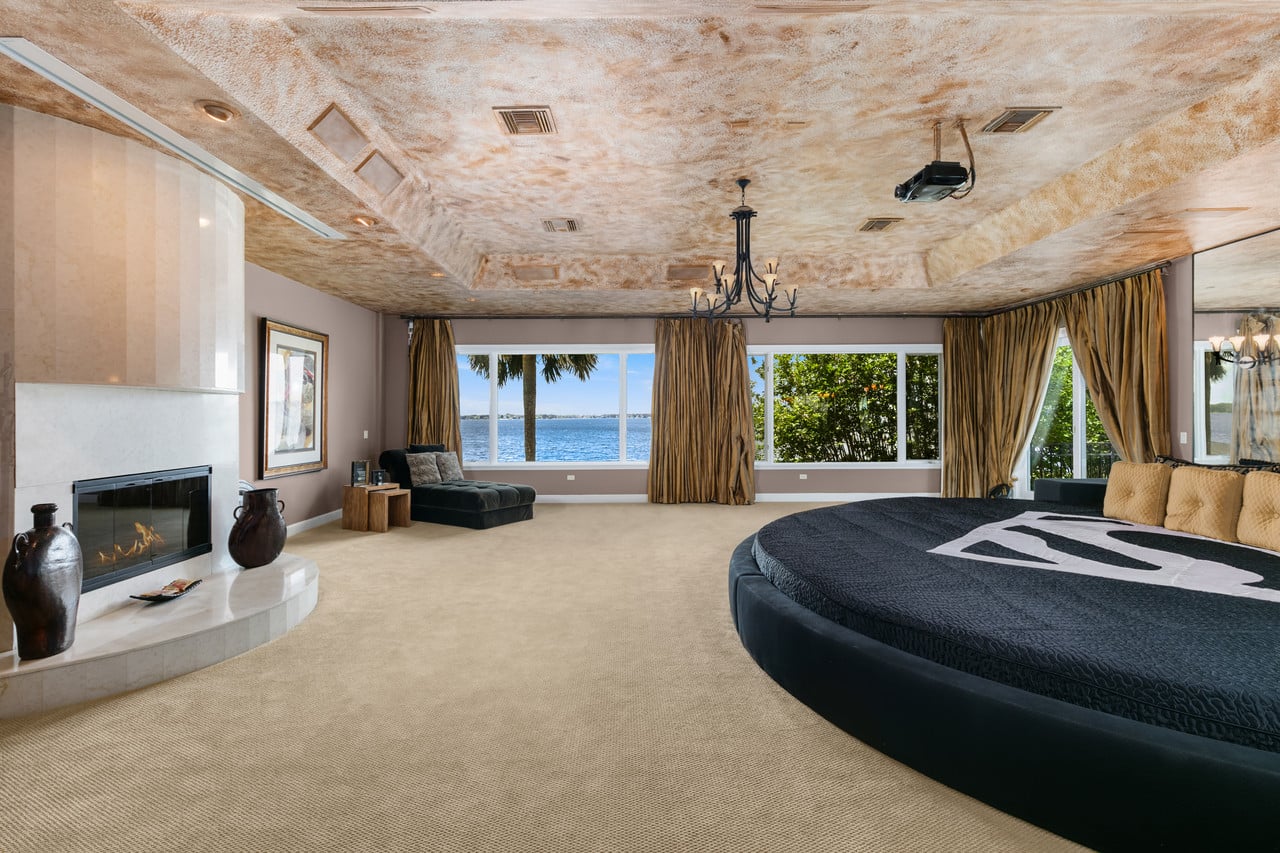 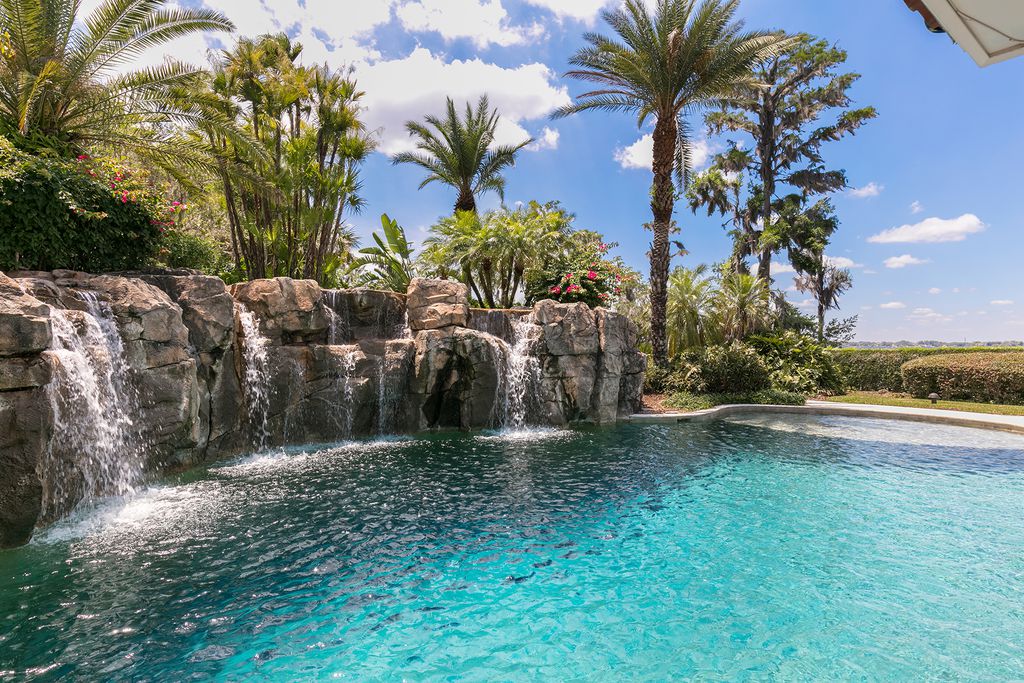