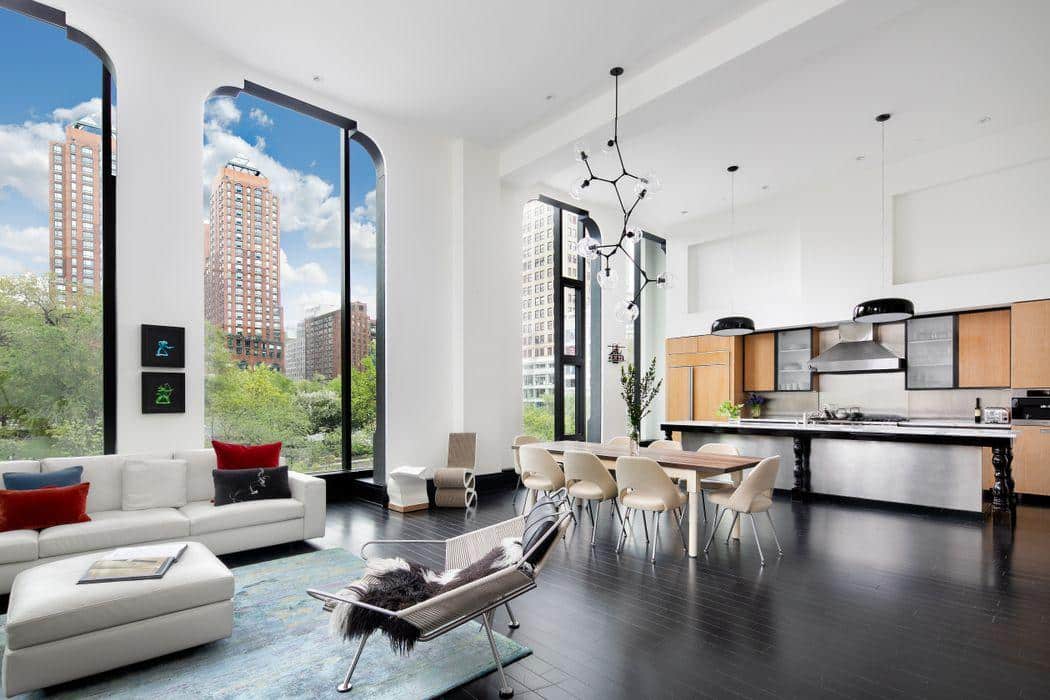 Listing of the Week: Parkside Glamour-Queen With a Hidden History

For most New Yorkers of a certain age, the idea of wrapping an historic cast iron loft building with a gleaming postmodern facade is downright sacrilegious. As a rule, we’re fiercely protective of our storied past.

Of course, the other rule in Manhattan is change. In the heady building boom of the mid-2000s, many New Yorkers were almost afraid to go away on vacation, or worse, avoid a treasured historic block for a few months only to find it unrecognizable when they returned.

When you add daredevil architects to the mix—well, let’s just say that if you want things to stay the same here, you’d better start making a scrapbook.

Such is the case with 15 Union Square West. Originally the New York headquarters of Tiffany & Co, the circa 1870 cast-iron beauty remained a stoic presence in Union Square Park for almost a century before an unscrupulous developer removed the cast-iron facade in 1953.

In 2005, architect Eran Chen came up with an idea that wouldn’t quite restore the building to its prewar grandeur, but bring it into the 21st century, historic bones and all. 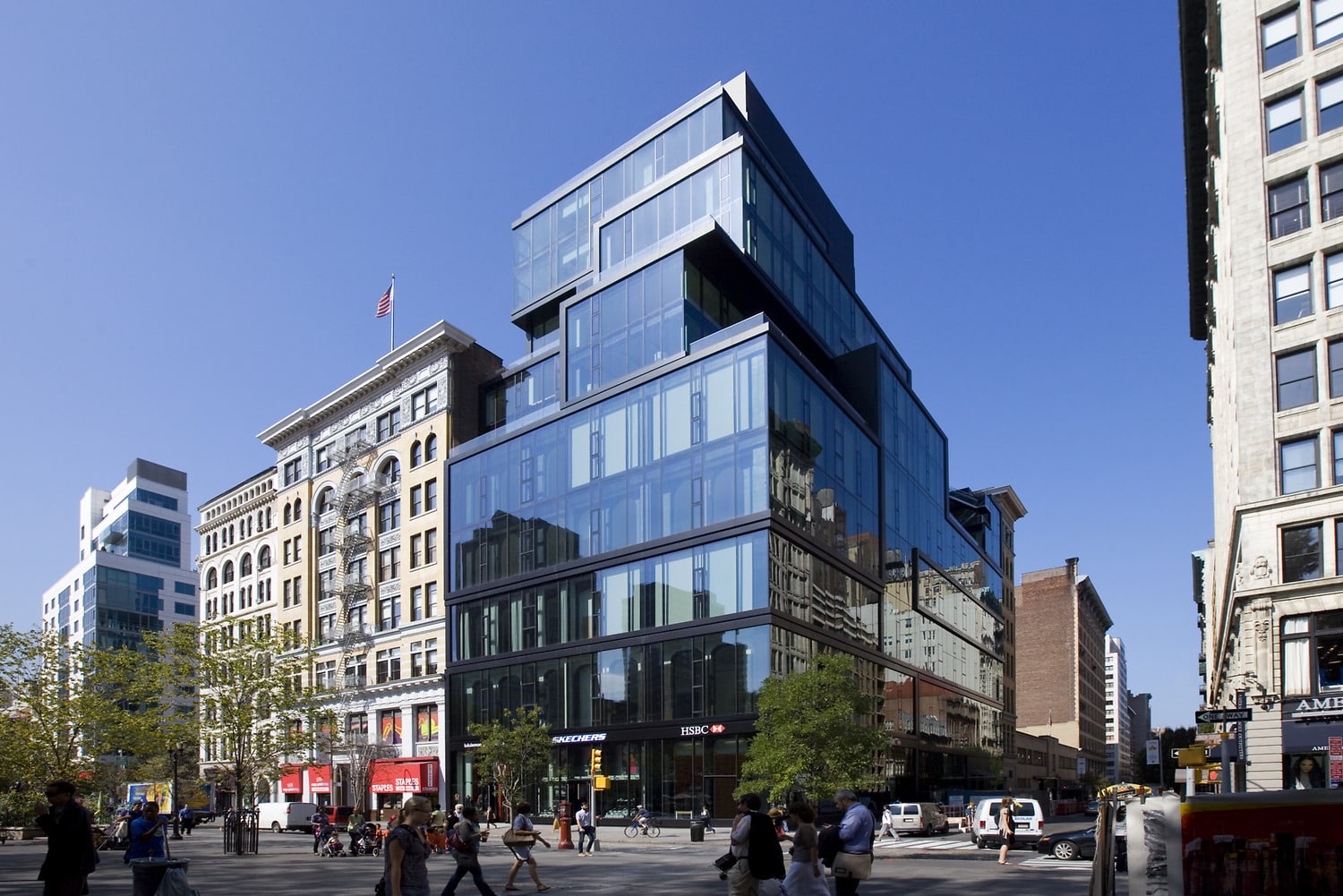 When we saw that two units directly above each other were being sold as a package, we knew we found our listing of the week.

Although the arguably more dramatic, but definitely more expensive penthouse is currently for sale as well, we decided to go with 2B/3B because it retains the historic charm of the original 1870 building.

As you might imagine for a former headquarters for makers of rare and beautiful things, the apartments in this building have fairly dramatic proportions. Ceilings soar, and the floor-to-ceiling windows show off the park views like an elegant Tiffany picture frame.

In keeping with the timeless elegance of the window frames, the floors are stained a deep, rich ebony and once again, it’s hard not to think of the bespoke jewelry that was on offer here in decades past. 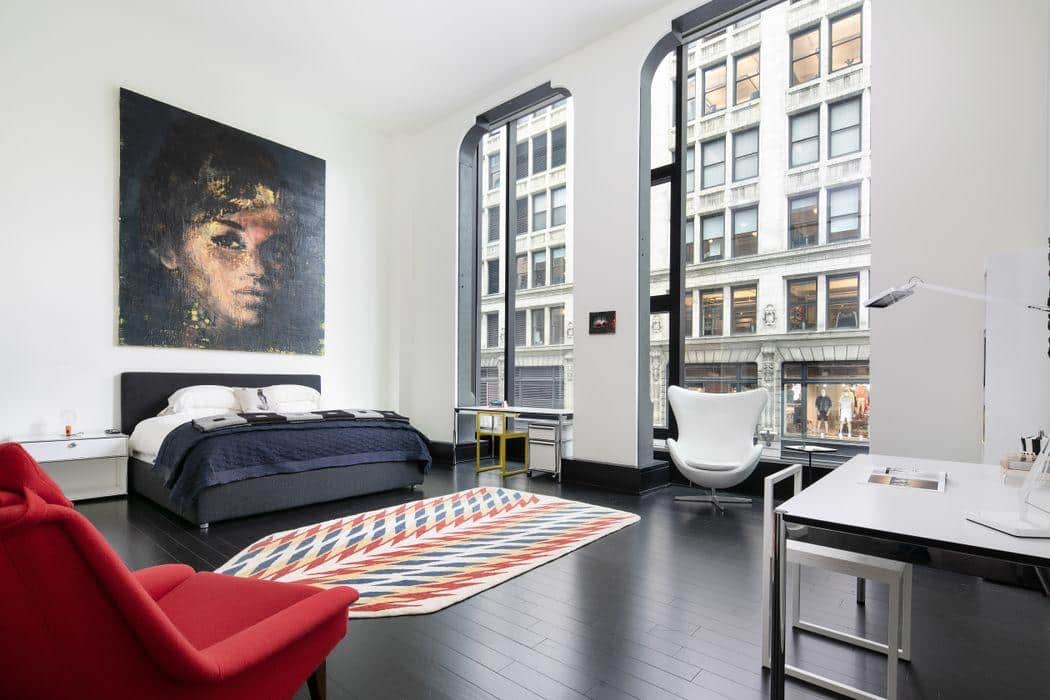 With a quick change of furniture, the cavernous master could easily double as an art gallery. White box minimalism with just the right amount of ornamentation. In fact, the original cast-iron facade feels downright gaudy in comparison.

The fact that some lucky buyer is getting two historic lofts here, one 2,849-square-foot three-bedroom, and one 1,415-square-foot guest suite apartment, gives this space plenty of potential for extended families, pied-a-terres, or even a private art gallery.

Even better, this is no hastily converted artist’s loft. The bespoke chef’s kitchen boasts Sub Zero, Viking, and Miele appliances to go along with the park views. We’re getting kind of a restrained Phillipe Stark vibe here, and it’s a welcome relief from the “country chic” kitchens that seem to dominate Pinterest and Instagram these days.

Spa showers, walk-in closets, a custom Calcutta marble bar, and a Crestron home system round out the package. 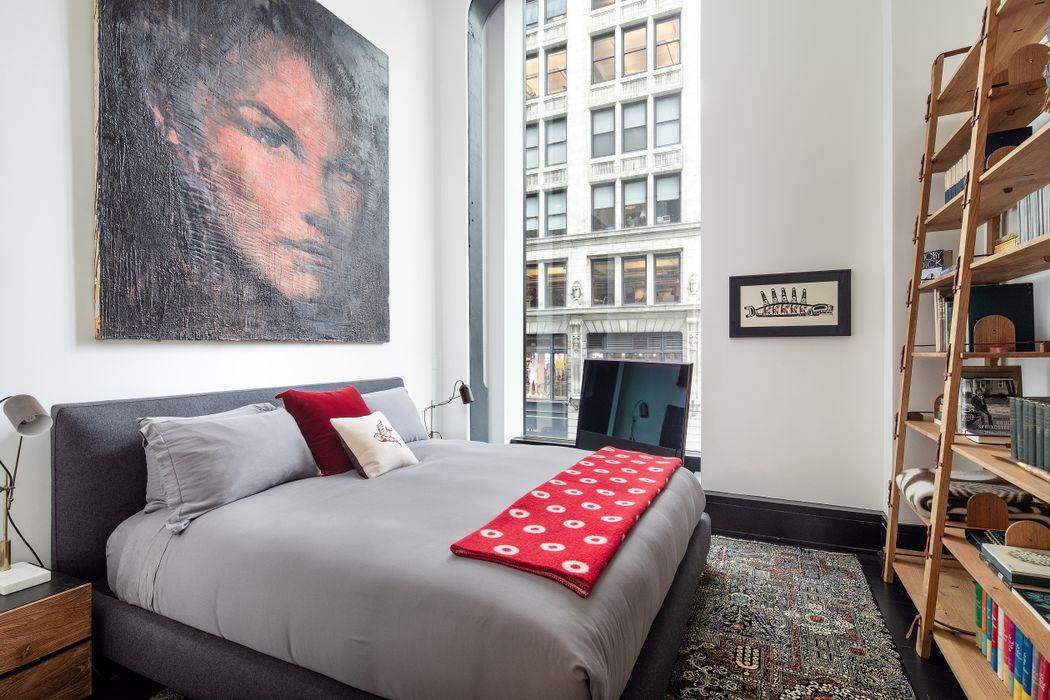 What we really love about this space is that you’re not hit over the head with the whole historic loft thing. In fact, from some angles, you would be hard-pressed to tell you were in a building built just five years after the civil war ended.

The common spaces in this 33-unit condo building are equally lovely. There’s a 50-foot lap pool, oversized Jacuzzi, massage room, his and hers saunas, and a gym complete with a yoga/Pilates studio. 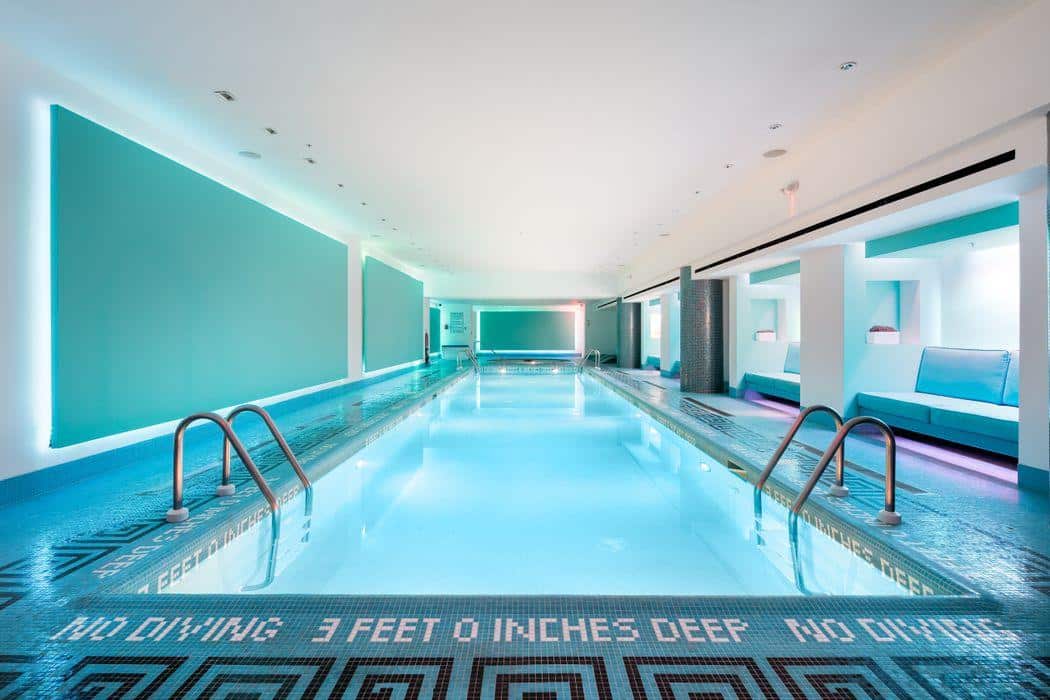 As if the lap pool wasn’t enough, there is also a 24-hour doorman, a (very lucky) live-in resident manager, and an onsite concierge service by Luxury Attache that can get you pretty much anything you want, whenever you want it. 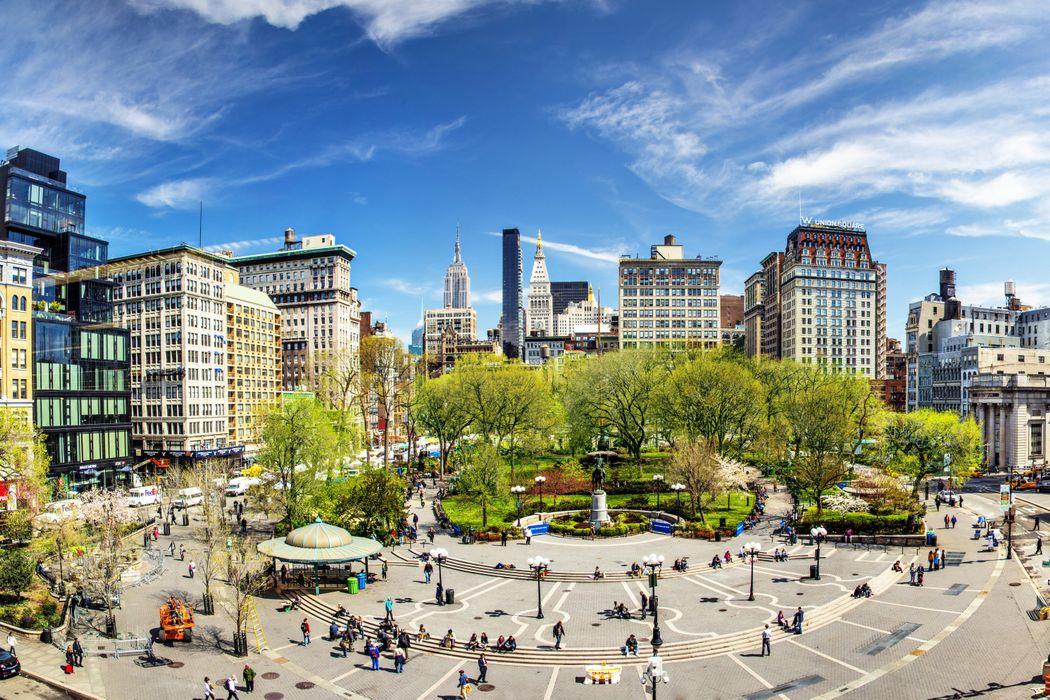 As for the location, you can’t really do much better in Manhattan. While a lot of brokers claim their listing is in the “heart of Manhattan” even when it’s way off on Riverside Boulevard, it doesn’t take much imagination to think that Union Square is the actual heart of the city.

What Do You Think?

What do you think of the historic charmer in a sleek new skin? The perfect mix of old and new or another case of a cocky architect biting off more than he can chew? Let us know in the comments! If you’re looking for the best real estate schools in Pennsylvania, look no further.