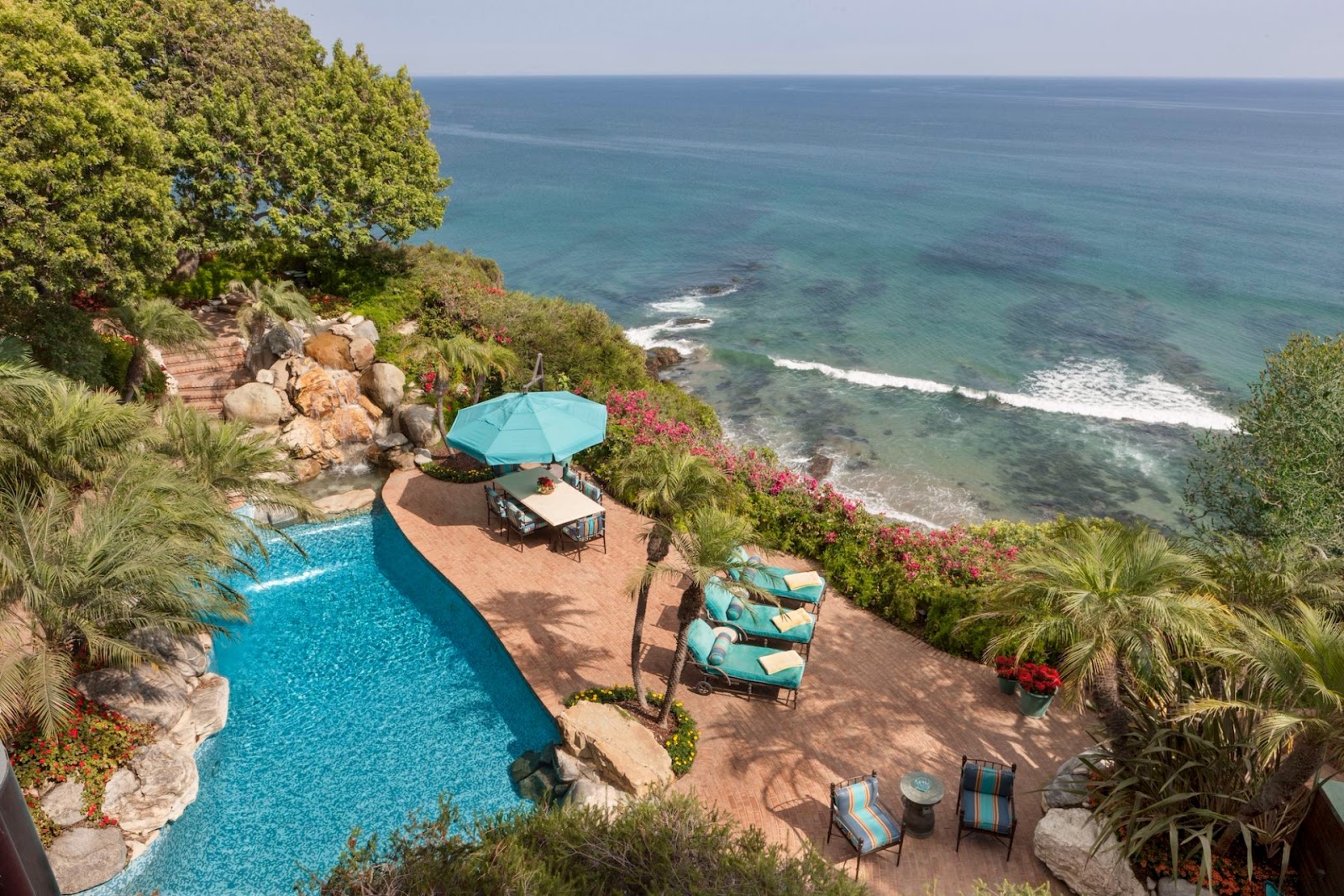 Live in Los Angeles?  You might want to know that here in Gotham many of us are quietly judging you. I guess you could compare it to the great New York/SanFrancisco feud of the early aughts, but at the end of the day your city is so alien, that we may as well be comparing living on our loud little island to living on Mars. I mean, at least Mars has seasons…

So with a deadline looming we thought it might be fun to challenge our biases and find five Los Angeles homes that we would actually be happy living in. You know, like if someone forced us to at gunpoint. 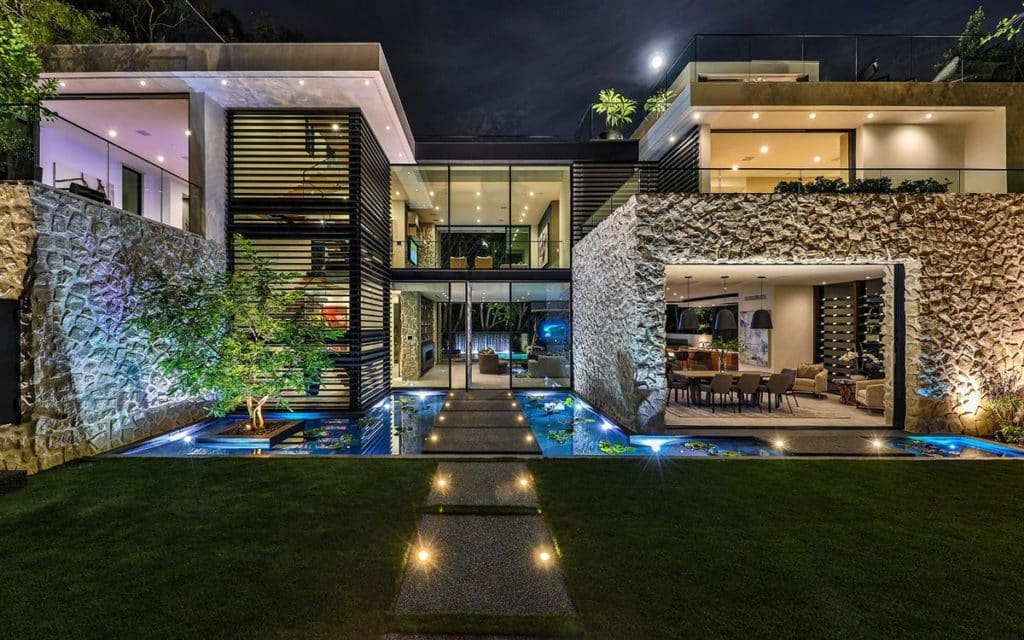 Surrounded by lush grounds on the edge of the coveted Bird Streets, Casa Dolemite looks like it was beamed up from Phuket by way of the Swiss Alps. Like 6962 Wildlife, this mutli-level stunner ticks a lot of our Beverly Hills fantasy home boxes.

Imposing natural stone walls, a long concrete path to the front door surrounded by water, floor to ceiling windows, zero edge pool, a waterfall, and even a roof deck for when we’re feeling homesick.

It’s also in one of those rare neighborhoods that’s ultra exclusive and special, but not 100,000 miles from nowhere. Casa Dolemite’s neighborhood is even, dare we say it, walkable? SOHO House, Roku Sushi, and even the infamous Rainbow Bar & Grill (RIP Lemmy)  are all less than a ten minute walk away.

There’s a ton of glamour shots of this place online, but we think the video best captures the ample badassery on display here.

If any of these places pop into our daydreams next week, chances are it’s going to be this one. Oh, and am I totally off-base or does ~$10 million seem like a relative bargain for this place? 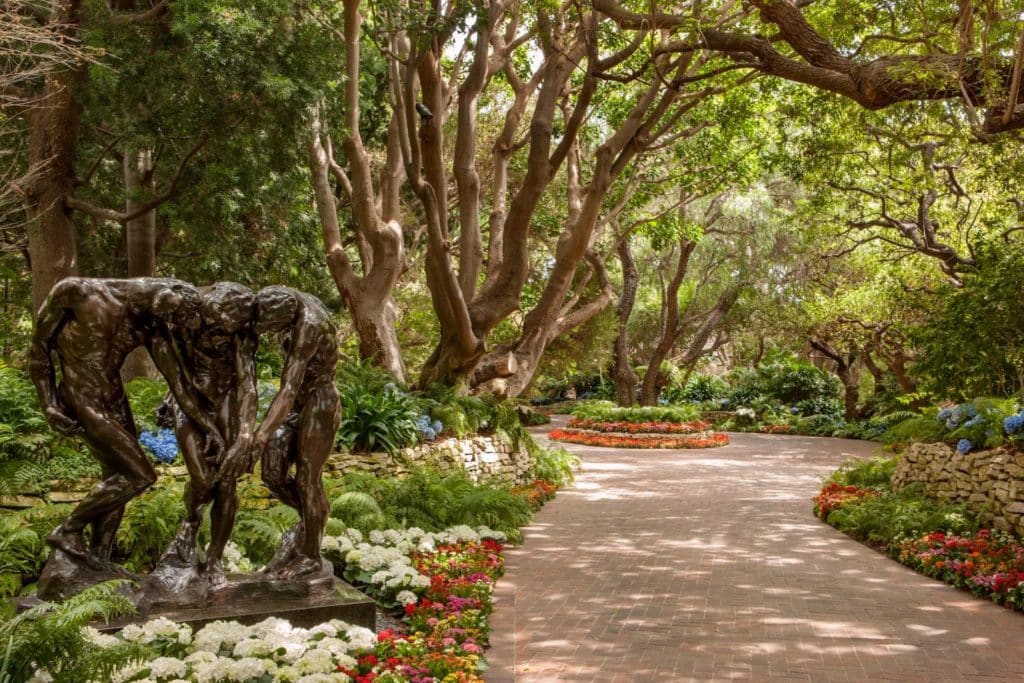 Now let’s head over to your quiet little beach community of Malibu. Yes, we know. Malibu is not technically in Beverly Hills and it would take us a million hours to commute to anything, but this is our article, not yours.

6962 Wildlife Road checks all of our Beverly Hills fantasy boxes. It has grounds that look like a hippie’s dream of Versailles, a view of the Pacific Ocean that we could stare at all day, a stairway down to Hollywood-perfect beach surrounded by high cliffs, a waterfall, indoor trees, an alluringly specific price, and dramatic modern architecture that still manages to feel warm and inviting. 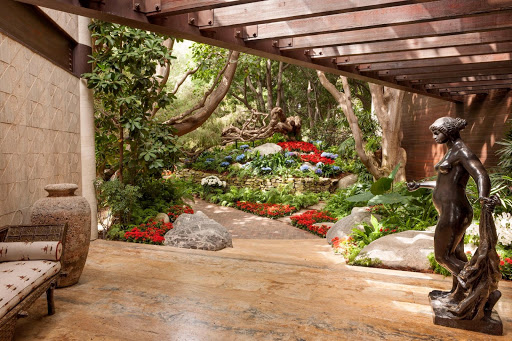 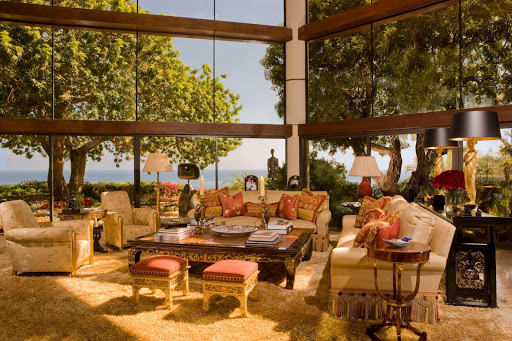 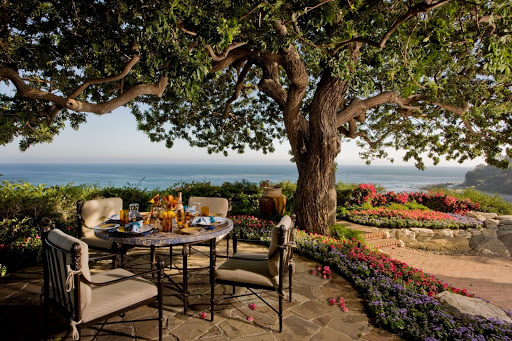 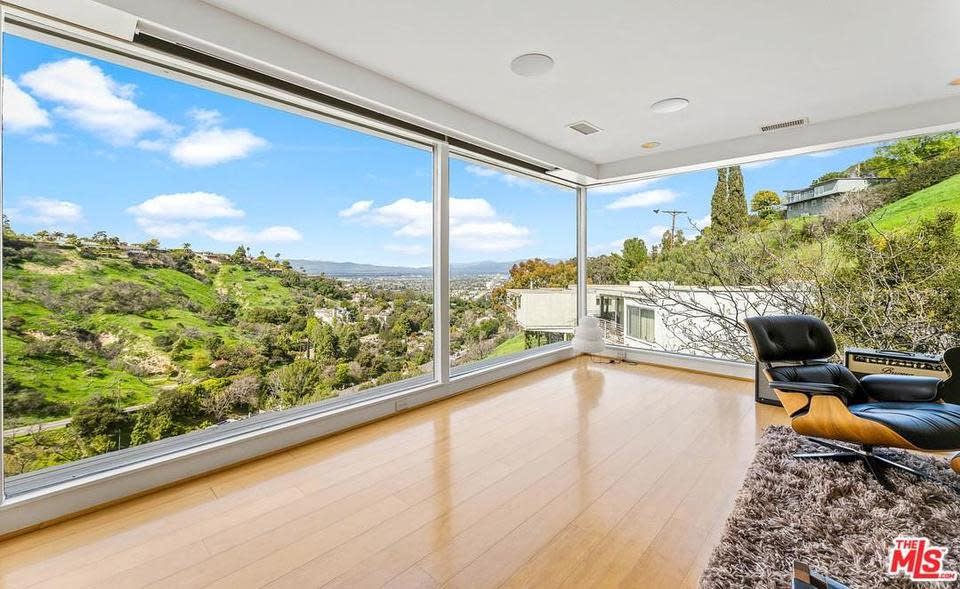 While we freely admit we don’t know where or what Sherman Oaks is, we do know that we all really, really, want this house. Yes, the architectural provenance definitely plays a role here, but there’s just something about the walls of windows over a rocky ledge that screams Los Angeles. Well, the Hollywood version of LA at least.

One thing we really love about this place besides the obvious drama, is the scale. Even coming from a 1,000 square foot Brooklyn loft, a 5,000 square foot house would trigger some serious agoraphobia in even the heartiest New Yorker. At 1800 square feet, this place is big enough to feel luxurious, but not so big to have rooms you never go in.

This is also one of those cases where the listing pictures just aren’t doing this place any favors. Instead, check out this amazing drone video from Carol Huston of Sotheby’s Huston Group LA. 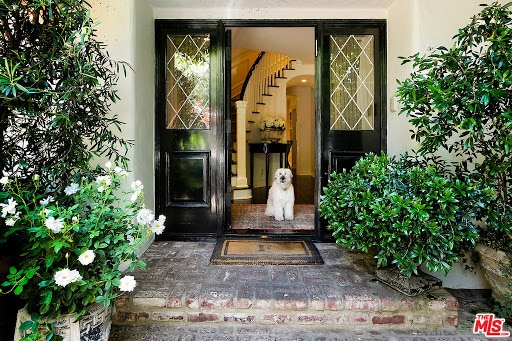 Parking Josh Flagg’s trademark 1968 Mercedes 280SE outside a listing lends it a certain cachet that manages to evoke old school Hollywood glamour and insta-worthy bling at the same time. When we first feasted our eyes on 1200 North Wetherly, we had to do a double take because the car looked like it had been parking there since Reagan was Governor.

But 1200 Wetherly is more than just a pretty backdrop for vintage Benzes. This 1938 Monterey Colonial sits on a beautifully landscaped quarter acre within stumbling distance to the Viper Room, the Whiskey, and all the other naughtiness on the Sunset Strip. 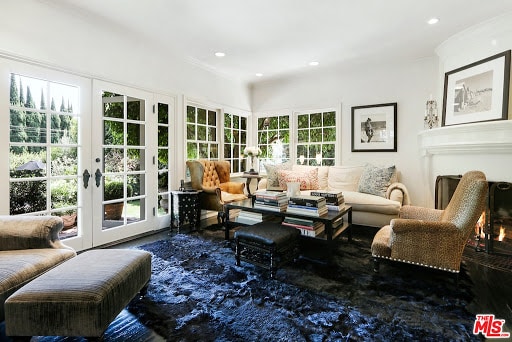 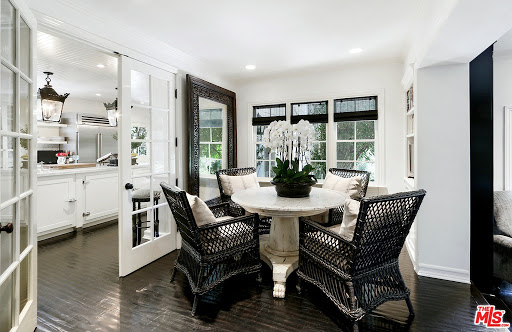 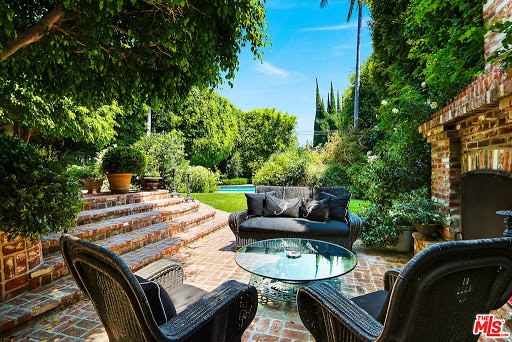 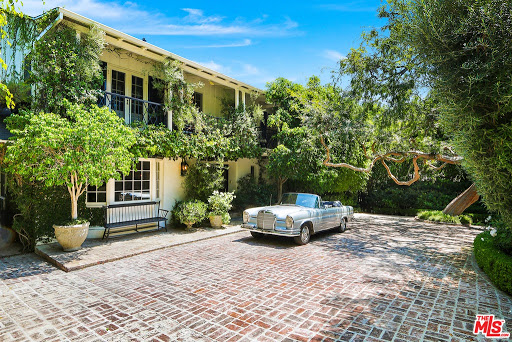 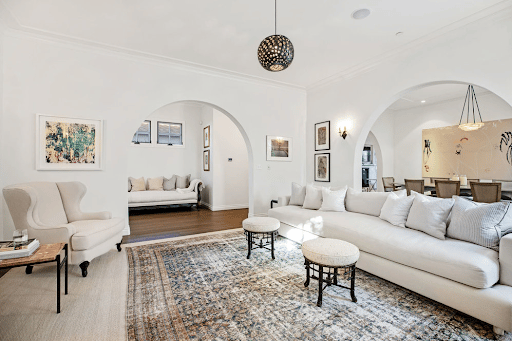 Well, we wanted to round out our list with a cozy Hollywood bungalow, but it seems like they’ve all been snapped up, or bungalow is a dirty word for LA listing descriptions these days. Either way, we kept finding ourselves creeping back up into the hills, so we compromised with a happy medium.

There’s a lot to love here, from the wide arched doorways, high beamed ceilings, and tastefully modernized kitchen and bath. 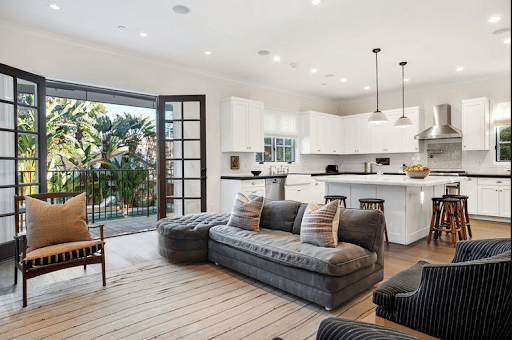 What do you think of our LA picks? Are they nice enough to make you abandon The MOMA, Patsy’s, and Tal Bagels? Let us know in the comments.